The Soweto giants have now been able to collect eight points in their last four games. 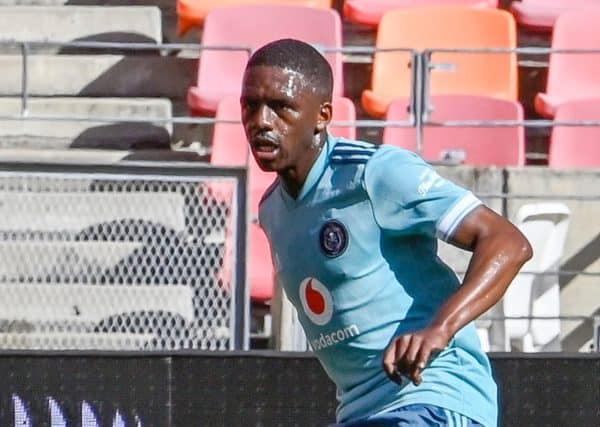 With two consecutive wins, Orlando Pirates midfielder Abel Mabaso says the Buccaneers needed the victory against Chippa United to build on their winning momentum going into their next league fixtures after securing a 3-1 win over the club from Eastern Cape at the Nelson Mandela Bay Stadium on Saturday.

ALSO READ: Pirates bounce back with victory against Chippa

The Soweto giants fought their way back into the game after the Chilli Boys took an early lead through a rejuvenated looking Phakamani Mahlambi, only for Bucs to pull one goal back courtesy of Tshegofatso Mabasa just before the half an hour mark.

Pirates responded strongly in the second half with goals from Mabaso and Goodman Mosele sealing the maximum points for the men from Soweto, and getting them their second win of the season having beaten Swallows FC 1-0 prior to the Chippa game.

Mabaso, who had a sterling performance and  deservingly got the man-of-the match accolade, after scoring the second goal and playing part in the third one for Pirates, says the win was important.

“I think it was a great performance from the whole team. I think it was a great fighting spirit in the way we came back from a goal down and we managed to get three goals. I think it was important( to beat Chippa) coming from a win. So that we can build the momentum, to have a winning streak and build on for the upcoming games, it was very important,” said the Bucs versatile player, who also plays as a right-back for the club.

“Its very important for us to go into the next game with (at the back) of a victory. But I think we have to take it one game at a time and keep on working hard.”

The Soweto giants have now been able to collect eight points in their last four games.

But, a winning momentum is definitely what the Buccaneers needed going into their next two league games. Pirates will host reigning league champions Mamelodi Sundowns on 25 September at the Orlando Stadium. After that tie, they will go up against a tricky Cape Town City side on 2 October away from home.