'We now have to get ready for the AFCON qualifiers,' said the Banyana coach. 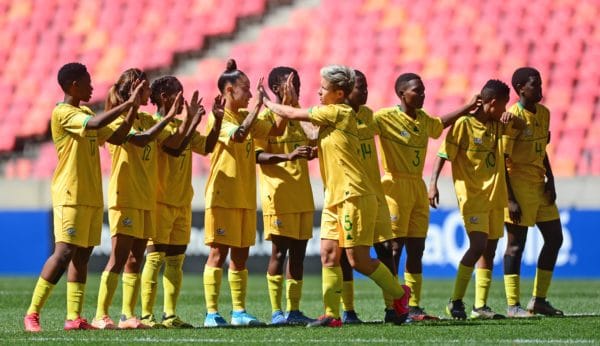 Banyana Banyana coach Desiree Ellis is not pleased with her side’s display at the Cosafa Women’s Cup, which saw the South Africans finish the tournament on fourth spot.

Banyana, who hold the record for the most Cosafa Cup titles (seven) had it very tough in this year’s edition, with the hosts getting knocked out of the competition by Malawi in the semi-finals, before losing out on a bronze to Zambia.

Ellis admits that her charges weren’t at their best and her mission now is to get the side ready for the Women’s African Cup of Nations qualifiers tie against Mozambique on the 20th October away from home.

“We were up and down in the tournament. We talked about consistency, and we were not consistent. Our strongest point is our defence, but we hardly kept a clean sheet. We lost on penalties, and I am not happy, and I do not think that anyone can be happy because we are better than this,” said the Banyana coach.

“We will get ready for the qualifiers, which are important. It will not be an easy game against Mozambique. We have to step up our gear and focus on qualifying for the Afcon next year.”

Talking about the defeat to Zambia, which saw Banyana losing 4-3 on penalties after playing to a 1-1 draw, Ellis bemoans poor defending and loosing Mamello Makhabane, who had to be forced out of game early due to an injury.

“I felt we started really well, but then Zambia came back into the game. We conceded poorly yet again, so we had a few things to say during halftime. We had to make an early change because of an injury with Mamello coming out. This also meant we had to drop Sibulelo a bit further back and the drive we had going forward was lacking at the time.”

With Banyana finishing in fourth place, Tanzania were crowned champions of the tournament after pipping Malawi 1-0 in the final.