We have to score and win, that’s it – Ncikazi

'They are a difficult side, very physical, typical team from Africa', said the Bucs' coach. 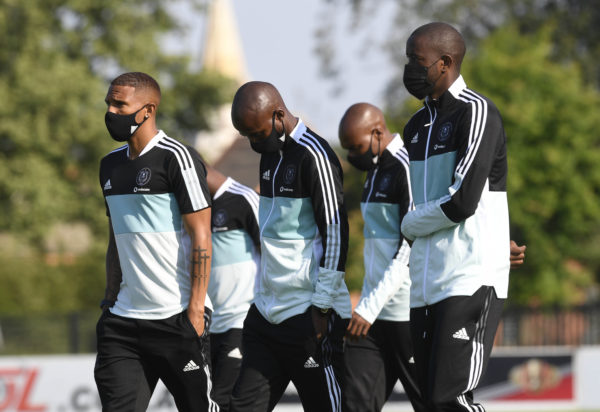 Any results but a win for Orlando Pirates in their Caf Confederation Cup second leg preliminary round tie with Diables Noirs will see the Soweto giants getting knocked out of the tournament. All the more reason they have been focusing on scoring goals in their preparation for this do-or-die encounter.

Pirates and Diables meet for the return leg at the Orlando Stadium on Sunday afternoon, with the sides having played to a goalless draw last week in Brazzaville, Congo.

Scoring has been a problem for the Buccaneers who have failed to find the back of the net in their last two games after playing to another 0-0 stalemate with Maritzburg United in the DStv Premiership midweek.

“If you are in this position that we are in [ 0-0 ], you have to score and win the match. There is no draw that will help Pirates currently. Whether it’s 0-0 or 1-1, it gives advantage to the opponents. So, Pirates must win the match,” said Ncikazi during a press-conference on Friday.

“And based on what we have seen, the capacity is there to win the match. We created better chances in the first match in those hot conditions. I think we played better. We just couldn’t put the ball into the back of the net. Which is why our preparation currently is more focused on scoring, on the attacking third, on the entries, on the final shot and the decision on the final third.”

With the belief that Pirates can go on to seal the tie and move on to the next round of the competition, Ncikazi still believes that the visitors are quite tough opponents. And says things could have been easier had his charges managed to at least got an away goal.

“They are a difficult side, very physical, typical team from Africa. They play a direct game, not many combinations. They just go wide because they want to play a cross. But, what is important to us is the position that we put ourselves in. We didn’t score away from home, it could have been a perfect scenario. But having said that, it is important that there is no draw that we can play, we have to win the match.”