'It gives us a fair chance to focus all our attention on the league so that by Christmas, we are already starting to calculate,' said Downs co-coach Manqoba Mngqithi 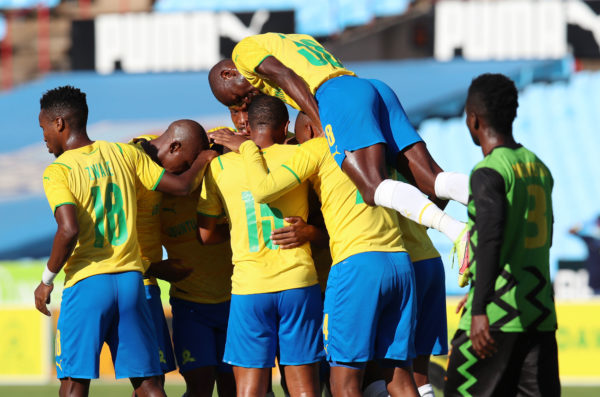 South African football fans probably aren’t looking forward to the 2022 Africa Cup of Nations since Bafana Bafana did not qualify for the continental spectacle, making it safe to say one shouldn’t expect any excitement from the South when 24 nations jet to Cameroon in January next year.

The Afcon, however, has painted some smiles in some sections of South African football, and one team that is smiling the most is Mamelodi Sundowns, who are excited about the delayed start of the Caf Champions League group stages because of the African spectacle.

Traditionally, the group phase would kick-off soon after the 16 teams are confirmed and it would run for about three months before reaching the knockout stages.

This would always mean that Downs would have to juggle the DStv Premiership, local cup competitions and the Champions League – something that takes its toll at some point. But now, Masandawana co-head coach Manqoba Mngqithi says he is looking forward to the altered program.

“When you qualify for the group stages you expect to go play immediately but the flip side of the coin this season is that we will have an opportunity to play about 20 games prior to the Christmas break, which would mean we are only left with 10 games in the league after the Afcon, which will not be as difficult like when we have 15 games left after December,” said Mngqithi.

“Maybe it gives us a fair chance to focus all of our attention in the league and see how far we can push so that by the time Christmas comes we are already starting to calculate that if we win so many matches and so on. But it is never really nice to have such a big gap from the preliminaries to the group stages.

Mngqithi went on to motivate his players, saying they stand a better chance to win the Champions League than any other squad the team has assembled in recent years.

“We are of the view that we have a better team than what we had last season, even though we believed that last season’s team was very good, but we are hopeful and we know they have the capacity to win the Champions League.”