'Chiefs and Pirates have had their issues in recent years. We have got to knock Sundowns off their perch.' said the Chiefs mentor. 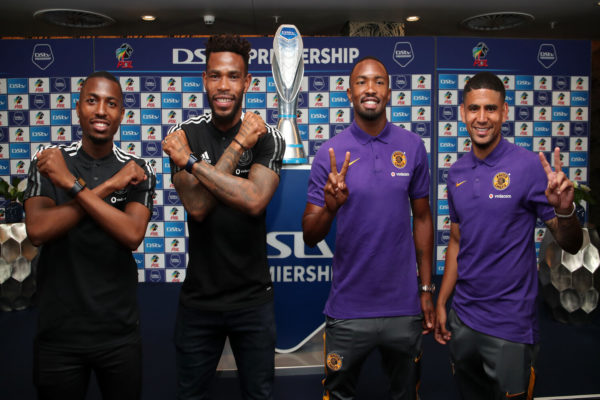 Orlando Pirates and Kaizer Chiefs players ahead of the Soweto Derby on Saturday. Picture: Muzi Ntombela/BackpagePix

Baxter was speaking at a media conference ahead of this weekend’s DStv Premiership meeting with Orlando Pirates at FNB Stadium.

There have been talks that the Soweto derby is not the same anymore as the two clubs usually just settle for a draw. But Baxter thinks it is Mamelodi Sundowns dominance in local football that’s threatening the Soweto derby.

“Chiefs and Pirates have had their issues in recent years. You can look at it and say that Rangers and Celtic is a top game, Barcelona and Madrid is a top game. All the derbies are top games but Tottenham and Arsenal has threatened to be a ruin,” he said.

Sundowns have won four league titles in a row and are again favourites to retain their title this season. They have a healthy three points gap at the top and have a game in hand.

Asked if he believes Sundowns are gone with the league title already, Baxter said:

“Not at all. I don’t think anybody at Sundowns (thinks so). If you were to put that to them now, they’d probably laugh at you. So, I think what we found in the league is that even though new names appear, it doesn’t mean that they are small teams. They may go under the radar of the pressure as a new team, but they are still good and competitive. That’s what we have seen.

“If Chiefs and Pirates have injury issues, or pressure issues, or confidence issues or don’t produce better days in the transfer market. If they don’t get that right then it becomes.

“We have to make sure that we get those things right because the bad news is that Sundowns have got them right. We have got to knock them (Sundowns) off their perch.”

“We are are going to the derby, and it is a must-win game. Every derby is a must-win. I have never played a derby where it is okay to get a draw – it will be okay, the fans will enjoy that. No, they want you to win. We want to put together a game plan that will win us the game. We will do our best.