The Buccaneers succumbed to a 2-1 loss to their Soweto arch-rivals. 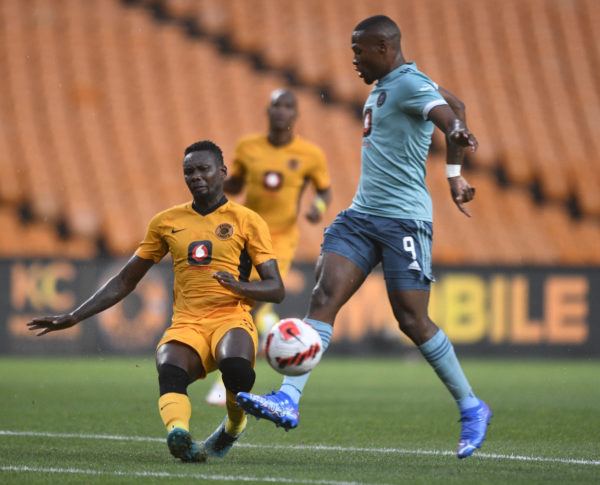 An emotional Tshegofatso Mabasa believes Orlando Pirates could have easily won their DStv Premiership clash against Kaizer Chiefs had they taken their chances at the FNB Stadium last Saturday.

The Buccaneers succumbed to a 2-1 loss to their Soweto arch-rivals, with Keagan Dolly scoring a brace and Linda Mntambo netting a consolation goal for Pirates in the first Soweto derby of this season.

The 25-year-old Mabasa came on as a second half substitute in the 70th minute, replacing Ghanaian striker Kwame Peprah, who made his first start for the Sea Robbers, but Mabasa couldn’t help his team get a victory.

“We made things difficult for ourselves, this is a game we should have won. We had our chances in the first half and if you don’t kill off games when you have the chance it becomes difficult. So, we were just really unfortunate in terms of results, good performance once again but the results…we need to get results,” said the Bucs striker.

The loss to Chiefs was certainly a disappointing result for Pirates, especially after coming from a great victory over Sekhukhune United in their previous game.

“Football is a game of emotions and certainly, when such things happen it is disappointing and it hurts. It hurts quite a lot especially for a game we should have won to be honest. It is a very difficult result to take, but we have to lift our heads and move on from this (loss) I guess. We have the Fifa break to fix our mistakes, and that is exactly what we will do.”

The Chiefs loss saw the Buccaneers drop to position seven on the log having only collected 14 points after 10 games.

The international break will surely help Pirates to work on the way forward and get their combinations right, while hoping some of the injured players recover in time for their next league action against Golden Arrows on 20 November away from home.