Both sides have a player sent off in the second half. 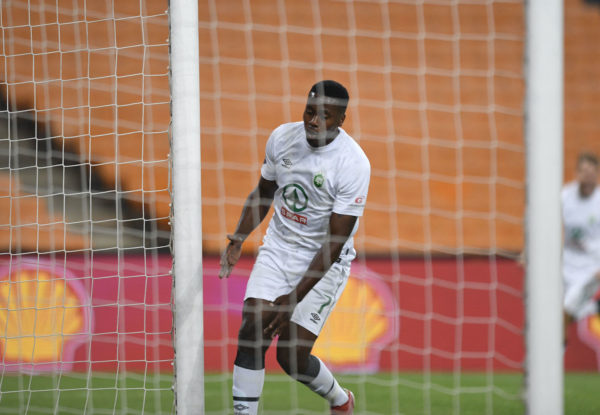 At some point, Kaizer Chiefs looked headed for a big jump to third place as they led against AmaZulu FC for a long time in their DStv Premiership match on Wednesday evening.

But, with just over 10 minutes to go, that chance was swept away when Usuthu found an equaliser to end the game at FNB Stadium in a 1-1 draw.

Chiefs took the lead in the 18th minute. Keagan Dolly intercepted the ball in the middle andpassed it to Phathutshedzo Nange. The latter fed it back to Dolly who had made a run down the right flank, he turned it in and in an attempt to clear, Keagan Buchanan sent the ball into his own net.

A few minutes after that, Chiefs were forced into an early substitution with Reeve Frosler unable to continue after an earlier incident where he had a clash of heads with an AmaZulu player.

His place was then taken by Ramahlwe Mphahlele. Usuthu tried to claw their way back but could not find the right balls to break the last line of the Amakhosi defence.

The second half started at the same pace with both sides throwing caution to the wind – Chiefs looking for an insurance goal and Usuthu looking to find a way back.

The visitors gained an advantage in the 60 minute when Cole Alexander collected his second booking and was sent off for an early shower.

Realising the numbers advantage, Benni McCarthy quickly called on the pacey Luvuyo Memela to try and put more pressure on the hosts.

McCarthy also sent on Boy De Jongh who made an immediate impact, sending in some troublesome balls into the Amakhosi box from the right.

With his second touch, De Jongh found Bongi Ntuli with a perfect pass and the latter easily tapped the ball into the net.

A minute later, De Jongh could have put Usuthu ahead but his attempt from just a few metres from the Chiefs goal was somehow saved by Daniel Akpeyi.

With five minutes to the end, parity was restored in terms of personnel when AmaZulu’s Siyabonga Mgwazela was also sent off after collecting his second booking.

The draw was perhaps a fair result for this game, though neither team sat back, as both looked to be wanting a win by all means.

With this result, Chiefs moved just one place up in the log standings as they are now fifth and still eight points behind Mamelodi Sundowns.

Stuart Baxter will hope for a better result when they meet strugglers Swallows FC in their next game on Sunday.

Usuthu were relegated to eighth place following this result with Orlando Pirates jumping over them into seventh. The Durban side, who finished second last season, are 10 points behind Sundowns after 12 rounds of matches.