"I think I made a mistake to start with Sipho,” Tembo admitted. 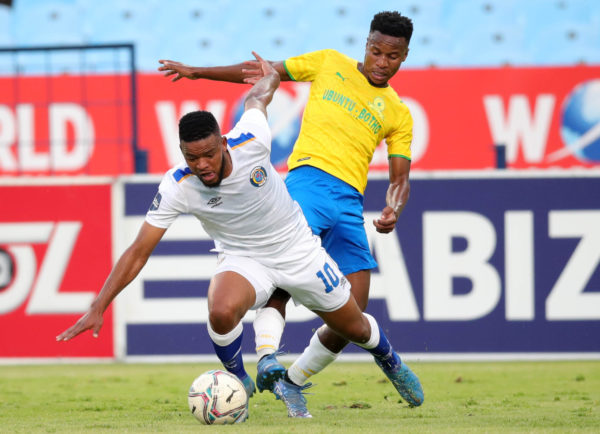 It is not often that a coach raises up his hand and admits to have erred in his team selection, but Kaitano Tembo was honest with himself as he realized that starting the Tshwane derby with Sipho Mbule was a mistake.

Tembo corrected his mistake at the start of the second half by substituting Mbule and brought on Jamie Webber, and that is when United launched their fight back against Mamelodi Sundowns, coming back from two goals down to rescue a point in a thrilling 2-2 tie in the DStv Premiership played on Wednesday evening.

The introduction of Webber gave Matsatsantsa A Pitori a different dimension as his long range shot was spilled by Denis Onyango and resulted in a goal that was netted by Gamphani Lungu.

“I have to take some responsibility in terms of team selection. I think I made a mistake to start with Sipho,” Tembo admitted.

“He is not in the right condition to start a match and I needed to protect him a bit more. When we took him off and brought on Jamie Webber, we could get more on the ball and there was more quality in our possession going forward, which is what we did not have in the first half.

“Sipho is a very important player in our team and he is quite aware where he is with his conditioning and I took a huge risk by starting him. If we look at most of the games, he has been coming off the bench and playing about 20 minutes and now we threw him in a game like this. I will have a word with him and I already spoke to him when I took him off because the game had already changed,” Tembo added.

The Spartans mentor was pleased to witness his side fight back against the defending champions and become the first team to end Sundowns’ run of not conceding a goal this season.

“As soon as Sundowns scored we had to change the way we played in the first half because we were a goal down and we needed to be a little bit more offensive and that is what we did. The second half was class and we showed a lot of character to come back from 2-0 down and get a point, it was a really encouraging performance.”

Wake up or get 'smashed': Williams' message to SuperSport ahead of derby
6 days ago
6 days ago

Wake up or get 'smashed': Williams' message to SuperSport ahead of derby
6 days ago
6 days ago