In the previous year, the Namibian striker reached a record equaling feat of 24 goals league scored across a calendar year. 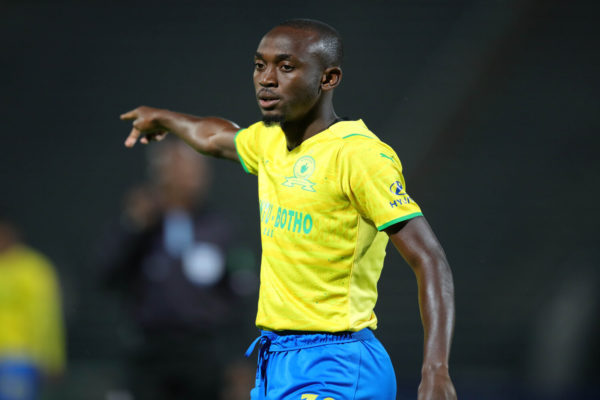 If you’ve bothered to watch a couple of Mamelodi Sundowns games this season, you might have picked up the telepathy between Neo Maema and Peter Shalulile, as the two have combined numerous times in front of goal with Maema often serving as the provider to Shalulile’s goals, who currently sits on 13 DStv Premiership goals.

Shalulile is glad that players like Maema have been able to hit the ground running, given how some players struggle to find their feet at the star-studded club.

“It has been a tough season so far with all the new players coming in, we all have a connection, but with Maema specifically it’s just something we worked on at training. I tell him whenever you get the ball on your left foot or right foot, I will [make the run in the space], it’s more about knowing where we are on the pitch. He’s really good at finding players in the box, he is tops,” Shalulile told Sundowns’ website.

“It’s just about the work you put in and the extra work on top of that. At the time when people are sleeping, you just have to put in the work,” he added.

In the previous year, the Namibian striker reached a record equaling feat of 24 goals league scored across a calendar year and he credits his teammates for helping him add his name in the record books, saying players around him are the wind beneath his wings.

“What keeps me going is simply the fact that I just want the club and my teammates to be happy and for the club to do well. I also get my motivation from players abroad that are also doing well, that helps me to push every day to stay at this level. It’s not easy scoring but we work so hard to make sure we are able to score each and every day.”