Pule back in time for Pirates’ battle with Simba 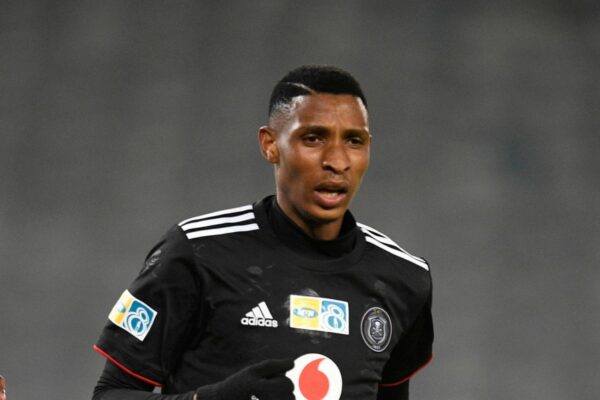 Orlando Pirates are likely to be boosted by the return of skilful winger Vincent Pule ahead of their mammoth clash with Tanzanian club Simba SC in the second leg of the Caf Confederation Cup quarter-finals at the Orlando Stadium on Sunday.

ALSO READ: Will outside drama add some spice to Pirates-Simba clash?

The winger, who has not played competitive football since last year following his injury on Bafana Bafana duty, has revealed that he is back to the squad on his social media accounts.

Pule’s return to the team is vital for the Buccaneers, who need all their resources to overcome a 1-0 deficit they suffered in Tanzania a week ago.

“It’s been 190 days since my injury. It’s been 47 weeks and 2 days of pain, bad times, good times, great support from my family more from the supporters who always asked about my return from this injury but your love, care and support has pushed me throughout the whole 190 days without being able to do what I really love the most which is football, but I’m glad and excited to make my long awaited comeback,” Pule wrote on Thursday.

Pirates are looking to reach the semifinals of the Confed Cup, but it surely won’t be easy coming up against a stubborn Simba side, despite the Buccaneers playing at home.

Unlike Simba, who were allowed a full capacity of 60 000 fans at their stadium in the first leg, Pirates are only allowed to have half the capacity of the Orlando Stadium according to government rules due to the on-going Coronavirus pandemic.

The Buccaneers will need all the support they can get to cheer them on for a victory, which must be by two clear goals for them to win the match in normal time.