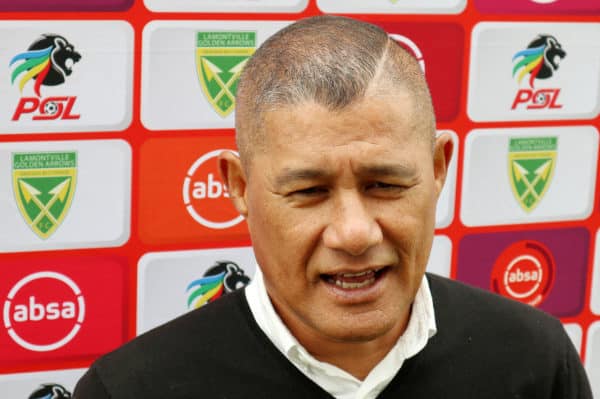 Cavin Johnson is said to be finalising talks with Orlando Pirates over the vacant head coach job. (Photo by Anesh Debiky/Gallo Images)

Orlando Pirates are understood to be finalising their talks with Cavin Johnson, who has been earmarked to take over as the head coach after Jozef Zinnbauer vacated the position.

A source close to the situation at Pirates has revealed to Phakaaathi that Johnson could be announced soon.

“Cavin is experienced, he has won things and he now has vast knowledge and understanding of the Caf Champions League, which is a space that the team wants to find itself in. At the moment, things look promising but it is very tight negotiations and his salary could be the stumbling block, since he was paid really well at Al Ahly,” said the source.

Meanwhile, as previously reported, a family issue has forced Johnson to return from his job as an assistant coach at Al-Ahly and not because he has a solid offer in the Premier Soccer League.

It was previously reported that Johnson had three offers in the PSL and that is the reason he decided to quit Al-Ahly, where he was Pitso Mosimane’s second-in-command.

“He doesn’t have an offer yet. But he couldn’t be so far away from home for long periods anymore because he has some family commitments that need him to be on call and able to attend to whenever needed. While in Egypt, it would take him at least a week-and-a-half to get here as he would have to observe Covid-19 protocols and regulations in terms of quarantine and such,” said the source.

“He has instructed his managers to look at what offers are there for him. He can take a job anywhere in the country because then he can travel home much easier,” added the source.