European clubs are said to have been following Tau since his days in Belgium. 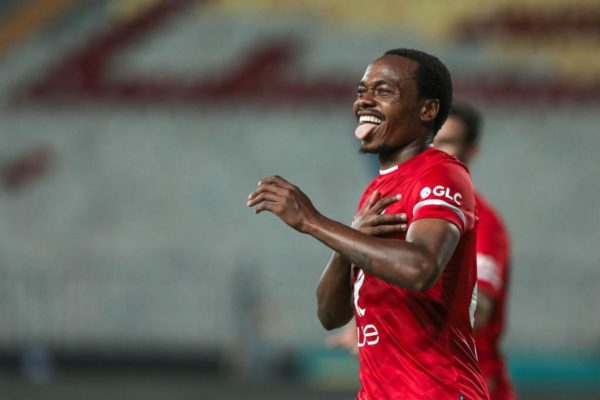 Just when Percy Tau was finding his footing at Al Ahly and becoming a big player in the team, he could find himself moving again.

OPINION: Golden Tau proves why he’s one of Africa’s best

This comes after Phakaaathi has learnt that there are European teams who have expressed an interest in his services.

According to a source, the clubs have been following Tau since his days in Belgium and they are now even more keen on landing the Bafana Bafana deputy captain.

“They have been following him and they may have been put off when he chose to go back to Africa after things didn’t go well for him at Brighton & Hove Albion. But they can see that he has not let the standard down and their interest in him has been renewed. I am not sure if they have already spoken to Al Ahly about him but if not, I think it will be happening soon enough,” said the source.

Tau opened and completed the scoring in Cairo, while Taher Mohamed and Mohamed Sherif also netted as 10-time champions Ahly took advantage of Setif having Amir Karaoui sent off when trailing 1-0 on 35 minutes.

If Ahly qualify for the final after the return match in Algiers next Saturday, they will likely face Wydad Casablanca in a repeat of the 2017 title decider won by the Moroccan outfit.

In Angola, rival captains Tiago Azulao of Petro Luanda and Yahya Jabrane of Wydad scored for the visitors, who took a significant step towards reaching the final by beating the surprise qualifiers 3-1.

To progress, Petro will have to score at least three goals in the second leg this Friday in Casablanca.