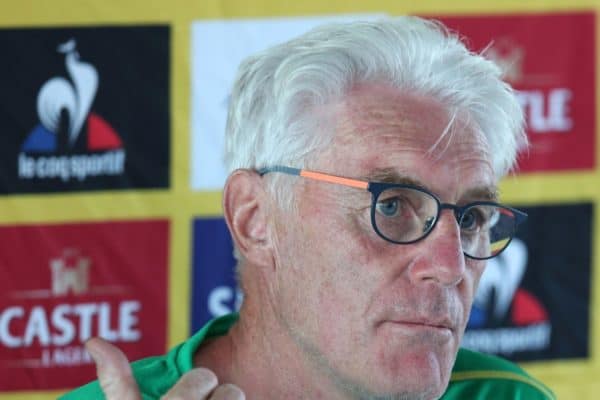 Hugo Broos has been unashamedly frank in his assessment of the Premier Soccer League and its clubs, listing a series of grievances this week that have made him wonder whether club football is not regarded as more important in this country than the national team.

Sundowns were also given a tongue-lashing by Broos, after they sent Thabiso Kutumela for a Covid-19 vaccine on the first day of the current Bafana Bafana camp.

Orlando Pirates have been in his firing-line, after they failed to allow him access to their game against Mamelodi Sundowns on September 25, while Broos was left understandably furious after Buccaneers midfielder Goodman Mosele failed to turn up to the squad for the back-to-back games against Ethiopia, without so much as a phone call.

Golden Arrows’ Pule Mmodi was hammered last month for not having a passport, and Broos was unimpressed with the league in general for organising the final fixtures of last season in the middle of a Fifa international week.

The Belgian also claims to have been turned down in his request for a meeting with all the DStv Premiership head coaches.

On the one hand, Broos’ honesty is refreshing in an era where many coaches prefer to play it politically correct. South Africans need not take it personally either, as Broos was apparently similarly volatile in his spell with Cameroon, and that worked out pretty well as the Indomitable Lions won the 2017 Africa Cup of Nations.

Maybe it is better that a coach tells it how he sees it than bears unspoken grievances. And Broos, right now, is speaking from a position of power in the sense that Bafana picked up four points from their opening two Fifa World Cup qualifiers against Zimbabwe and Ghana.

This kind of brazen confrontation of the powers that be in club football would look far more like excuse-making if Bafana had got off to a poor start to qualifying.

Going forward, one does wonder if certain clubs will look kindly on releasing their players to a coach who lambasts them in the media. But perhaps that is these clubs’ problem, as opposed to the Bafana coach’s.

As it is, if Bafana pick up six points against Ethiopia, then Broos’ authority will carry even more weight, with Bafana in pole position to qualify for a World Cup finals for the first time in around 20 years (they played in the finals in 2010, but made it automatically as hosts).

And if they slip up against Ethiopia, Broos comments will look like pre-prepared excuses, especially if he falls back on these comments after the two games. But this is a coach who seems to be an embodiment of the adage ‘live by the sword, die by the sword’. And maybe that is just what Bafana need right now.