'We have a lot of games, so now we have to find solutions, no excuses,' said Chelsea head coach Thomas Tuchel. 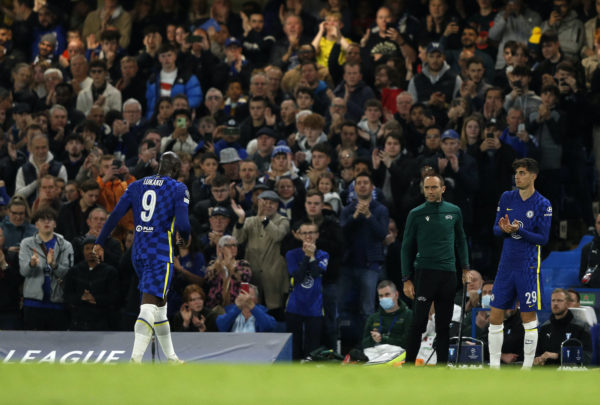 Thomas Tuchel confirmed Chelsea face a period without Romelu Lukaku and Timo Werner after the Champions League holders were rocked by their forwards’ injury problems in Wednesday’s 4-0 win against Malmo.

Tuchel’s side brushed aside the Swedish minnows at Stamford Bridge thanks to Jorginho’s penalty brace and goals from Andreas Christensen and Kai Havertz.

But Chelsea’s second Group H victory, after losing to Juventus in their previous match, was significantly tarnished by the ankle injury suffered by Belgium striker Lukaku and a hamstring issue for Germany forward Werner.

Both had to come off in the first half and Chelsea boss Tuchel will be waiting nervously to see how quickly they can return.

“We have a twist of the ankle for Romelu, and muscle injury and hamstring for Timo, so they will be some days out I guess,” Tuchel said.

“We have a lot of games, so now we have to find solutions, no excuses.”

It would be a major blow if the pair are sidelined for a long period in the midst of a hectic schedule as Chelsea try to retain their position at the top of the Premier League, while pushing to qualify for the Champions League last 16.

“The two were in good shape, they are dangerous and can create and score so we need to find solutions and guys who waited for their chance need to step up and score,” Tuchel said.

“The race is on, the guys who start against Norwich have our trust and we will try to find new solutions.

“We have won games before with Werner and Lukaku, we don’t want these problems too often but it happens during a season.”

Tuchel admitted this week that Lukaku has suffered from mental and physical fatigue amid a draining schedule for club and country.

The Belgium striker has now gone seven Chelsea games without a goal after starting with four in four following his £98 million ($135 million) club record move from Inter Milan.

Frustratingly for Lukaku, he had looked closer to his best and it was his powerful surge that won the penalty converted by Jorginho, in the process causing his injury.

While Werner has endured another difficult season, his injury will leave Havertz as Tuchel’s only experienced option for the central striker’s role.

The decision to allow Tammy Abraham and Olivier Giroud to leave Chelsea since the end of last season might now prove costly for Chelsea.

A relatively undemanding fixture list in the next few weeks is the only saving grace for Tuchel if he is denied the services of Lukaku and Werner for long.

After nine minutes, Thiago Silva curled a cross into the Malmo area and Christensen timed his run to meet it with a volley that bounced off the slick turf as it sped past Johan Dahlin from 10 yards.

It was the Denmark defender’s first goal for Chelsea since his debut in 2014.

In the 21st minute, Lukaku bulled his way through the Malmo defence with a twisting run, prompting Lasse Nielsen to haul the striker down with a crude foul that forced him off.

Jorginho took the penalty and altered his usual hop-step technique to drive a powerful strike past Dahlin for his first goal this season.

Tuchel’s injury woes mounted just before half-time when Werner was forced off after pulling up while turning in the Malmo area.

Havertz provided a welcome glimpse of his quality in his audition for the striker’s role as he bagged Chelsea’s third goal in the 48th minute.

Callum Hudson-Odoi, on for Werner, led a dynamic break that finished with Havertz clipping a composed shot in off the far post.

Chelsea were rampant and Antonio Rudiger’s muscular burst was curtailed by Eric Larsson’s foul, conceding a penalty that Jorginho nonchalantly slotted home in the 57th minute.