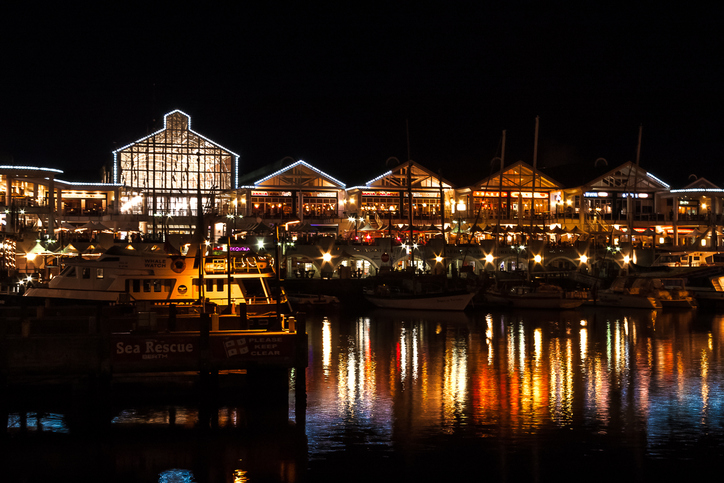 Forward bookings of trips to South Africa by international tourists are not looking good for the rest of 2019.

In fact, if foreign tourist arrival numbers continue to decline, 2019 will turn out to be even worse than last year for the industry.

That’s the word from Tourism Business Council of South Africa (TBCSA) CEO Tshifhiwa Tshivhengwa, speaking to Moneyweb this week following the latest Statistics SA data showing a decline in foreign arrivals. The council’s own Tourism Business Index (TBI), released last week, also painted a grim picture in terms of the outlook for the rest of the year. 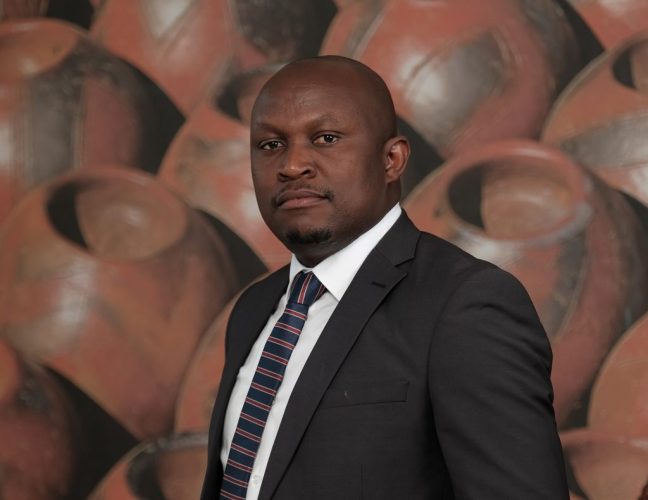 Stats SA reported on Monday in the release of its monthly tourism and migration data that foreign arrivals were down 5% for July compared with July 2018. The data also reveals that South Africans are travelling less overseas with arrivals by South Africans down 11.8%, while departures were down 11.6%.

The figures speak for themselves, says Tshivhengwa.

“We have been saying for some time things are tough and are not looking good in terms of international tourist arrivals into South Africa. Our TBI results from last year predicted this and now it is a reality with international arrivals continuing to decline.”

Tshivhengwa says according to the latest TBI figures, international tourist arrivals for the year to date are down 1.4% compared with 2018. SA Tourism’s research, based on Stats SA data, puts the decline for the first six months of the year at 1.1%. 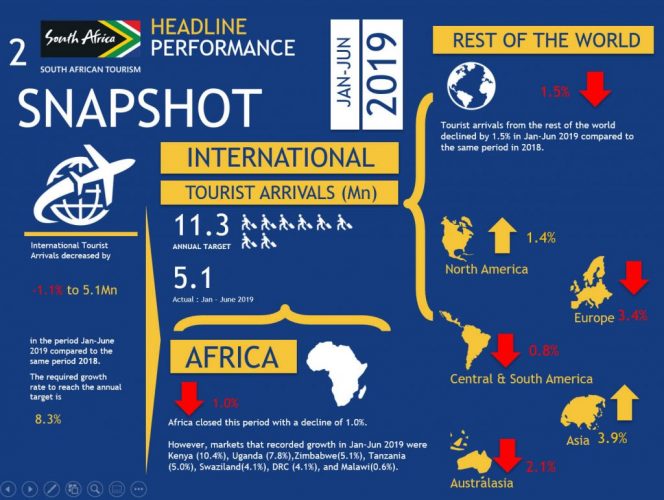 “The results for July have further negatively affected foreign tourist arrivals for the year, which is really concerning for us as the tourism industry,” he notes. “However, the bigger worry is that it puts our target of doubling tourist arrivals by 2030 at risk. To achieve this, we require a 6% compound growth annually in international tourist arrivals to 2030.”

TBCSA identifies itself as the umbrella body representing the “unified voice of business in the travel and tourism sector”. It also administers the tourism marketing levy, known as Tomsa, which tourists pay on specific services such as accommodation in South Africa.

“Forward bookings for the rest of the year are not looking good,” says Tshivhengwa. “We were hoping for a recovery in 2019, but it is looking increasingly unlikely from an international tourism perspective. We are not seeing signs of a recovery.”

Last year foreign tourist arrivals to South Africa grew by a lacklustre 1.8% to 10.5 million. The TBCSA described 2018 as “the most challenging trading year for the tourism sector since the inception of the TBI in 2010”. The index recorded its lowest results in 2018.

Tourists from Africa, mainly the Southern African Development Community (SADC) region, make up the majority of foreign tourists to South Africa (around 7.8 million), according to auditing and professional services group BDO South Africa. Around 2.7 million tourists were from overseas (including Europe, North America, Asia, the Middle East and Australia). 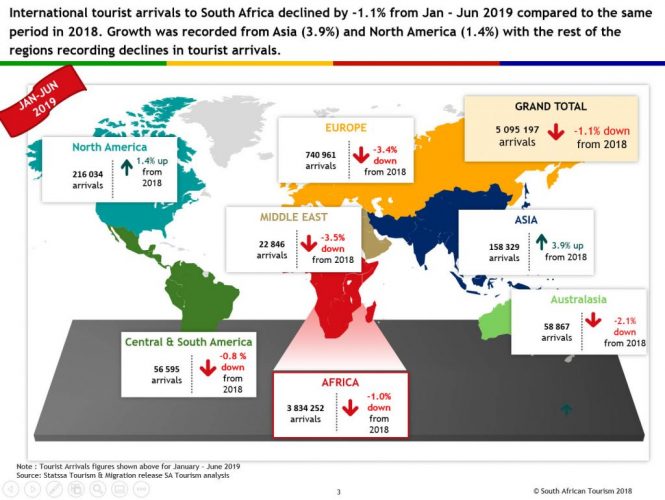 The TBCSA, with support from SA Tourism, has set an ambitious target to double arrivals to the country to 21 million by 2030.

The organisations have secured the support of President Cyril Ramaphosa to grow the tourism industry and have been calling for relaxation of visa regulations and addressing the issue of unabridged birth certificates for travelling minors.

“Domestic tourism is doing better,” says Tshivhengwa. “However, on the international tourism front where tourists spend more, a continued decline in arrivals will mean that this year will be worse than last year for the tourism industry.”

Tshivhengwa concedes that recent xenophobic violence and crime incidents have not helped matters.

“These issues hurt our industry’s growth potential,” he says. “We cannot ignore them as they impact the image of our country as a whole.

“These issues, together with SA’s visa regime and continuing challenges around unabridged birth certificates, were raised by international travel companies in our recent roadshow to Europe.”

Responding to Moneyweb queries, SA Tourism acting CEO Sthembiso Dlamini points out: “South Africa views violence in a serious light and condemns it in the strongest possible terms. While we are unable to quantify the impact from an international arrivals perspective, what is concerning is the negative image the attacks have had on South Africa as a brand.”

She adds: “The recent attacks violate all the values that South Africa embodies. Our country stands firmly against all intolerance.

“We have seen queries from various international tour operators, but we have assured them that our government and safety authorities are urgently addressing the situation and that South Africa remains a warm and welcoming country, and open for business.”

On the recent roadshow and SA Tourism offensive in Europe, Dlamini says Europe is a crucial market for South Africa as it generates significant tourism numbers for the country.

“The roadshow was a great success, providing more insights into some of the barriers and concerns of tourists wanting to travel to South Africa,” she says.

“The concerns coming out of this roadshow, such as unabridged birth certificates, marketing of the less popular regions as well new product offerings, will be addressed in order to make sure South Africa is more accessible to travellers from Europe and other parts of the world.”