At the moment, countries on the approved list of countries able to enter and exit the UK are mostly situated in Europe. 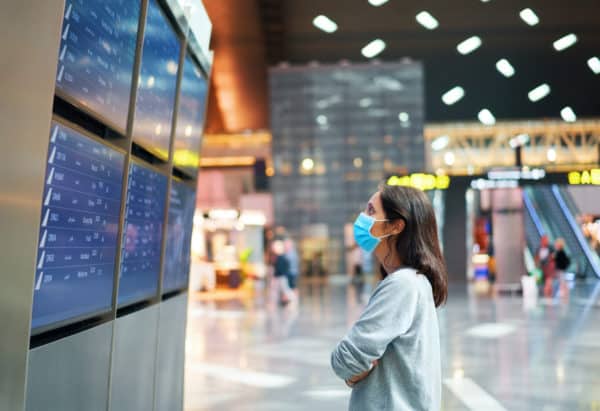 The United Kingdom has once again revised its travel red list and South Africa remains on it.

Travel restrictions and provisions were revisited on Monday, with the changes published on the UK government’s website.

ALSO READ: ‘A kick in the teeth’ – Tourism woes to continue as SA stays on UK red list

At the moment, countries on the approved list of countries able to enter and exit the UK are mostly situated in Europe, with a few exceptions, including the British Virgin Islands, the US and Malaysia.

The list states that prospective travellers from the approved list either have to provide a vaccine certificate, proof they have been fully vaccinated under the UK overseas vaccine programme or a European Union digital Covid certificate.

Why is SA still red-listed?

Previous “explanations” as to why South Africa continues to appear on the red list including the presence of the Covid-19 Beta variant in the country.

However, South African has been Beta-free since mid-September.

The Southern Africa Tourism Services Association warned in September that 1.5 million local livelihoods were at risk if travel restrictions continued, and the World Travel and Tourism Council warned that the country’s economy stood to lose R181 million a week.

The revised red list did not provide any explanation as to why South Africa remained.

But despite a plethora of scientific justifications for South Africa’s removal from the red list, we remain on the registry of “infectious” destinations.

The launch of digital vaccine passports could soon become a reality, which could potentially boost South Africa’s viability for travelling.

The document will include three options – either someone has had Covid-19 and has been immune for a while, or a person has been tested, or one has received the full Covid-19 vaccine.

ALSO READ: Vaccine passports could be rolled out in SA from next week

Vaccine passports could become available from this week. They will be able to be downloaded from a web portal, which can be accessed on a computer or smartphone. The vaccine card can be stored on one’s cellphone.

Each card will have a QR code containing a person’s vaccination information when scanned, and will be linked to one’s ID number.

A silver lining could be that the red list could be updated later this week.

The Independent reported on Monday that some countries – including South Africa, Argentina and Chile – could move off the red list as well.

While the tourism industry holds thumbs that industry analyst predictions are correct, South Africans may want to hold off on jetting to the UK – for now, at least.