Bundesliga runners-up RB Leipzig would have been expected to be more of a threat to Manchester City in the Champions League tonight, but have suffered a sudden slump in form and could be in for a pasting at the Etihad Stadium. More details at www.soccer6.co.za

M3 Sheriff Tiraspol vs Shakhtar Donetsk: Sheriff make Moldovan football history as they become the first team from their country to play in the Champions League group stage. Quarter-finalists in 2011, Shakhtar are now in the group stage for the 16th time.

M4 Birmingham City vs Fulham: Birmingham got back to winning ways last Friday by beating Derby 2-0 at home but Fulham suffered a surprise loss and were toppled off the top of the Championship standings.

M5 Bristol City vs Luton Town: Bristol City have lost seven of their past eight home meetings with Luton, including the last time they hosted the Hatters in April when they went down 2-3.

M6 Atletico Madrid vs FC Porto: All six of these sides’ past head-to-head contests have come in the UEFA Champions League, each recording two victories, with Porto scoring eight goals, two more than Atlético.

M7 Inter Milan vs Real Madrid: For the second season running Inter and Real Madrid find themselves in the same Champions League group, with the Italian side hoping for a more positive outcome than last year when Real won 3-2 at home and 2-0 away.

M8 Liverpool vs AC Milan: While Milan are making their 18th appearance in the group stage – four more than their English opponents – this is the first time they have featured since 2013, whereas Liverpool are involved for the fifth season in a row.

M9 Manchester City vs RB Leipzig: This is City’s 11th Champions League campaign; they have been involved in the group stage every season since 2011.
This is Leipzig’s fourth UEFA Champions League group campaign, all in the last five seasons.

M10 Sporting Lisbon vs Ajax Amsterdam: Sporting have lost only one of their last 29 matches in all competitions, a 4-3 defeat at Benfica in the penultimate round of league fixtures last season. Ajax have already scored 13 times in four league matches in the new Dutch season. 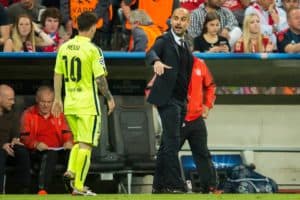 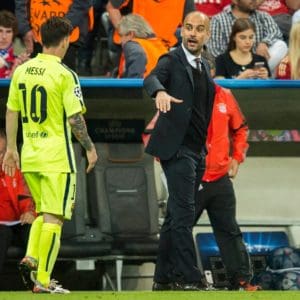