Where can South African sports lovers stream all their favourites? Here are a few options. 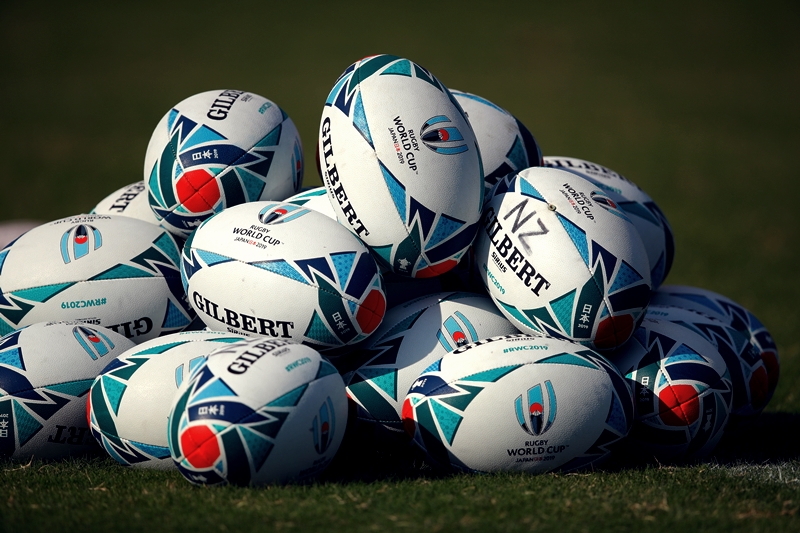 Balls are seen during a New Zealand training session at Tatsuminomori Seaside Park in Koto, Tokyo prefecture on September 19, 2019, ahead of the Japan 2019 Rugby World Cup. (Photo by Odd ANDERSEN / AFP)

Following the recent price hike in monthly DStv subscription packages, those who rely on the pay-TV service for their sporting fix are weighing their options in search of a cheaper alternative.

This is line with those advocating for a move away from DStv subscriptions to the over-the-top television services currently available in South Africa.

According to a report filed on The Citizen, a DStv Premium subscription cost R325,69 back in 2001.

From 1 April 2021 onwards, the same product will cost R829 – and that excludes the cost of extras such as PVR and Box Office which could easily push monthly costs over R1,000 per month.

So where can South African sports lovers stream all their favourites? Here are a few options.

According to Showmax, Showmax Pro is a new service available for Showmax subscribers in Africa that bundles the existing Showmax entertainment offering with music channels, news and live sports streaming from SuperSport.

Pricing: There are different options available depending on what option customers choose.

At the time of writing, Showmax pro was available at R449 per month and Showmax Pro mobile was available for R225 in South Africa.

DStv Now is the pay tv’s streaming platform that, for years, was only available to existing DStv customers – those with the hardware installed in their homes and an up-to-date subscription.

DStv Now is available in both in the form of an app and a web portal.
The channels that each customer has available vary depending on what DStv package they are subscribed to.

In December 2020, Multichoice announced that anyone could sign up to their streaming service, even if they don’t have a decoder.

Pricing: According to a report by Stuff Magazine, customers have the option of choosing from up to six different streaming options.

The cheapest of these comes in at just R30p/m and is called the EasyView package with access to 36 channels.

Click here for a detailed break down of each package and what they have to offer.

The channel is available globally and free of charge and features content focused on things such as gaming, biking, skating and more.

Pricing: free of charge directly from Redbull TV and at no additional cost on Apple TV.

StarTimes ON is StarSat’s answer to a streaming app.

According to the platform’s site, the app is “StarSat in your pocket. You can gain access to over 140 live StarSat channels that feature a wide variety of content including kids, documentaries, telenovelas, series, news, and sports amongst many others. You can also catch live sports including Bundesliga, UEFA Europa League and Ligue1 amongst others.”

The app also allows customers access to video-on-demand and the option to perform a number of services themselves.

Pricing: Packages are priced according to what StarSAT package you are subscribed to, priced between R109 and R299.

According to the platform, they are the leading Rugby Online Streaming platform for fans all over the globe.

The site gives viewers the ability to stream all kinds of rugby matches in 1080p and 720p HD quality video without any downtime. According to WWE, WWE Network is the only place to watch Elimination Chamber and enjoy thousands of hours of video on demand.

It is an online video streaming service (just like Netflix or Hulu) where you can watch all of WWE’s pay-per-view events at no additional cost plus thousands of hours of video on demand.

All programming is viewable anywhere you’d like to watch — including TVs, game consoles, phones, tablets and computers.

Pricing: At the time of writing, South African users of the WWE Network could expect to pay R167.30.

Pricing: South African users can expect to pay R200.75 for a monthly subscription.

F1TV Pro is a Formula 1 racing fan’s answer to all things video-on-demand as well as access to live events.

READ NEXT: Is it time to cancel your DStv subscription? Here are your options