SA celebs were quick to share their opinions about the royal family and who they thought the racist royal was who questioned Archie's skin colour. 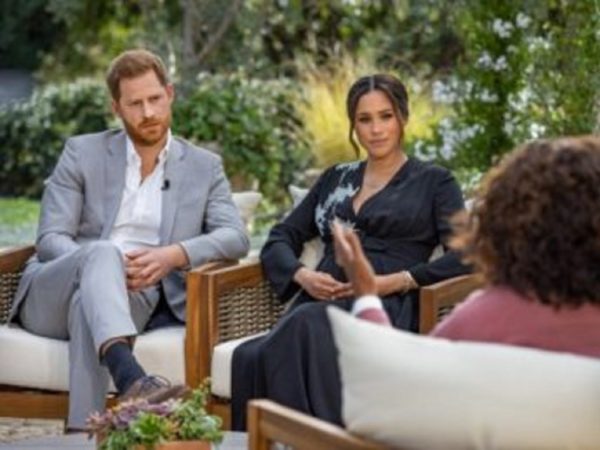 As the reaction and royal experts continue to analyse the Oprah interview with Meghan Markle and Prince Harry, South Africa finally had a chance to see it on Monday evening.

M-Net aired possibly the most controversial interview in some time with members of the royal family since the late Princess Diana’s 1995 interview on BBC.

The couple disclosed quite shocking revelations of suicidal thoughts, a racist relative and Prince Harry admitting he was “trapped”.

The tell-all left many people gobsmacked.

South African celebrities were quick to share their thoughts about the royal family, Queen Elizabeth, who they thought was the racist relative who had “concerns” over Archie’s skin complexion and how brilliantly Oprah handled the interview.

Anele Mdoda, the 947 radio host, said she found it interesting that Meghan was defending the Duchess of Cambridge, Kate Middleton. Meghan claimed Kate made her cry in the lead up to her wedding about flower girl dresses but Kate then apologised and they moved on.

A report came out six months after the wedding that it was Meghan who made Kate cry. The former duchess dismissed this story and said the reverse actually happened.

YOU MAY ALSO LIKE:  Buckingham Palace in crisis after Harry and Meghan unload on royal family

Here are some of the best reactions in Mzansi celebs:

I so miss watching @Oprah on our screens daily.
She is a masterful interviewer! Inspiring.

Shame Megan is really trying not to be mean about Kate. Still

I honestly don’t think so. It’s why I can’t even imagine going there. It’s just too much. It’s the racism, the micro aggressions, the privilege… omg ???????? https://t.co/UgwlgCjX2n

Don’t act dumb! “We don’t want media coverage” vs “We don’t want racist, vile, untruthful coverage” are two VERY different things. You don’t get how talking to Oprah on their terms is different to enduring racist onslaught? Okay, maybe you are dumb! #MeghanAndHarry

wait, what??? they could have moved to south africa??? #OprahMeghanHarry pic.twitter.com/NFiYoD4j6q