A two-year-old boy sends Mzansi into a frenzy as he imitates his favourite artist Cassper Nyovest in a video that goes viral. 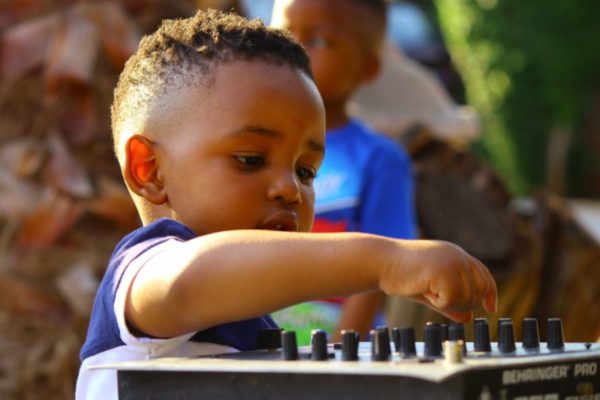 The video of Kaboentle Maruping imitating Cassper Nyovest went viral and it's clear why as this little boy is very talented.

You must have caught wind of the video of a cute boy dancing like Cassper Nyovest that went viral on social media recently.

Well, his mother who posted a video  juxtaposing his two-year-old son and Cassper dancing, says Cassper Nyovest would like to meet her son, Kaboentle, and she couldn’t be happier.

“When he told me on Twitter he would like to meet my boy, I was excited. I really hope he pulls through – I am putting it out into the universe that Cassper one day meets my son,” says Bonolo Maruping.

With his son at an age where children experience the terrible twos, Bonolo says she hopes he won’t throw tantrums. She says when the video went viral she just couldn’t believe the reception she received.

“Oh! My goodness, we are still overwhelmed,” she says referring to her and the boy’s father. “It blew our minds how it gained popularity so fast.”

Bonolo says her son is currently crazy about Cassper’s Nokuthula and was smitten by Tito Mboweni. “I always download videos of Cassper for him and he can’t hold back and starts imitating him. He can’t stop dancing and singing.”

ALSO READ: WATCH: Adorable video of toddler dancing to ‘Tikoloshi’ will bring a smile to your face

Bonolo says it’s not the first time a video of her son has caught so much attention. She says she often posts videos of her son dancing on her Whatsapp status and her audience is always entertained.

Bonolo says her son started dancing when he was just a year old and today, he is crazy about Cassper.

Bonolo’s aunt’s son is teaching him to deejay and he is excelling. “ My son is clearly talented and we can’t sleep on it. We have to nurture his talent.”