Beyoncé and Jay-Z’s Tiffany & Co. campaign has raised questions over the origins of the Tiffany Yellow Diamond.

Beyoncé and Jay-Z’s Tiffany & Co. campaign has left fans wondering how such a pro-black couple could agree to be part of a campaign considering the history of the Tiffany Yellow Diamond. Picture: Instagram

Beyoncé and Jay-Z’s Tiffany & Co. campaign is making waves all over the world but it is of particular interest to South Africans because of the diamond worn by Beyoncé.

According to reports, she is wearing the iconic Tiffany Diamond (the Tiffany Yellow Diamond).

Fashion Bomb Daily reported that the 128-carat gem has only been worn by four women in history; Mary Whitehouse, Audrey Hepburn, Lady Gaga and now Beyoncé, who has now become the first black woman to do so.

Within minutes of being announced, pictures from the couple’s campaign were all over social media and it wasn’t long before someone looked into the history of the Tiffany Diamond and discovered that it was “discovered” in South Africa.

It is considered one of the largest yellow diamonds ever discovered and was originally found in 1878 in Kimberley, currently the capital city of the Northern Cape province.

In its raw form, the diamond’s original carat weight was 287.42 carats.

The Tiffany & Co. campaign also features a never-before-seen work from the estate of Jean-Michel Basquiat.

ALSO READ: Trevor Noah gets a dub from Beyoncé Knowles

The company shared the campaign’s teaser trailer with short film starring the couple and received a reply from a South African that they chose to hide from the replies section of their tweet.

“Return the stolen jewel back to Africa,” tweeted user @WhatCeeSaysss.

Hiding the tweet only brought more attention to it and resulted in it being retweeted over 3,000 times and liked over 15,000 times.

This also led to further critique of the campaign, especially the use of Basquiat’s work as well as questions over how the pro-black couple could agree to partner with a brand that has such a contentious history. 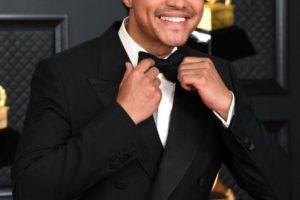