Having friends who work 9-5 jobs is starting to take a toll on Somizi as he has nobody to do fun things with during his free time. 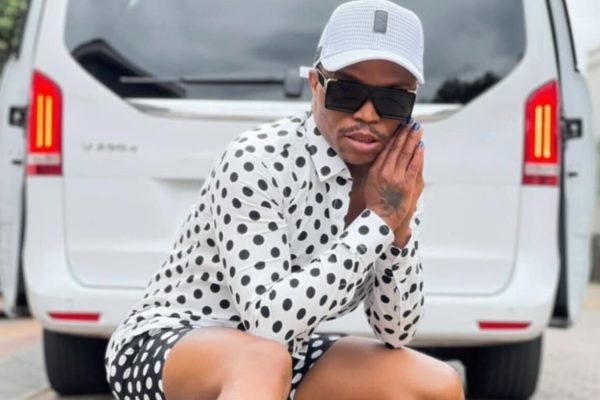 Known for his dramatic and hilarious social media video posts, media personality and choreographer Somizi Mhlongo has once again lightened the mood on his private account by complaining about how lonely life seems to be at “the top”.

Taking to Instagram, the former Idols SA judge posted a post-workout gym video where he started off by saying that he can relate to the phrase “it gets lonely at the top” because of the revelation that he was done with his workout and none of his friends were with him to spend time with him.

He then goes on to say that he would like to go play tennis, have brunch, and go horseback riding, but he cannot do all of that because nobody is available as all of his friends are at work, working 9-5 jobs.

Somizi then jokes that he wishes Patrice Motsepe was his best friend, because then he would have somebody to do things with during his free time.

“How I wish Motsepe was my bestie, because wow,” said the choreographer.

ALSO READ: ‘Catching flights, not feelings’: Fans wonder if Mohale has moved on or not

Taking to the comments section, Shaun Mkhize laughed at Somizi’s dilemma, and said that he should have called her as she would have joined him.

Somizi then responded to her comment by asking how that would be possible when she is busy chasing sunsets on her vacation.

Over the weekend, the two hosted an all-white party which was held at Max’s Lifestyle Village to promote Durban tourism.

“About last night, we had the time of our lives. Thank you to everyone that came through and made this event a success. To my brother @max_mqadi @maxslifestylevillage I’m super proud of you, let’s keep raising the Durban Tourism Flag high,” said Mkhize in the caption of her post.