Belta name previously featured on the sedan version of the Toyota Yaris. 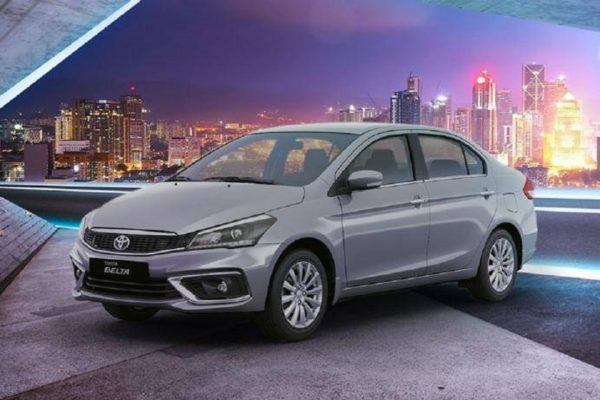 Bar the Toyota badge, the Belta is otherwise unchanged from the Ciaz.

The fourth model to emerge from Toyota’s partnership with Suzuki has been revealed in the shape of the revived Belta sedan.

Reserved for markets in Africa and the Middle East initially, the Belta, as reported earlier this year, is based on the Suzuki Ciaz with the only differences being the Toyota badges on the grille, bootlid and on the steering wheel in place of the Suzuki logos.

The effective replacement for the Yaris Sedan, a model confusingly also sold as the Vios in Asia that debuted last year as the sedan version of the XP150 Yaris, the Belta is dimensionally unchanged from the Ciaz with its height stretching 4 490 mm, wheelbase 2 650 mm, width 1 730 mm and height 1 475 mm.

Like the Starlet/Glanza spun-off of the Baleno, the Urban Cruiser derived from the Vitara Brezza and more recently, the Rumion that uses the Ertiga as a base, the Belta’s drivetrain is carried over from the Ciaz without change. That means 77kW/138Nm from the 1.5 K15B petrol engine matched to either a five-speed or four-speed automatic transmission.

Going on sale soon, the Belta will also go on sale in India either towards the end of this year or in early 2022 with availability for South Africa still to be confirmed.