For now, the future of the EcoSport is unknown as two factories provided it to South Africa. 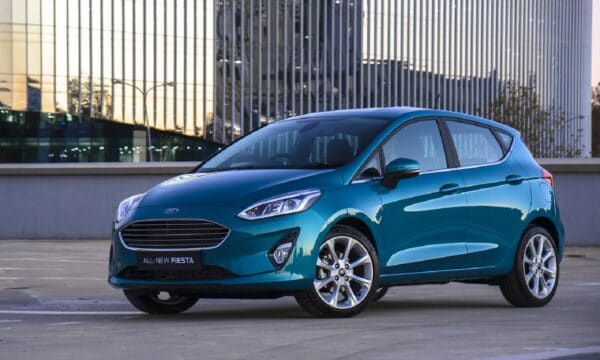 The seventh generation Fiesta has already been removed from Ford's website and won't therefore be replaced by the facelift model unveiled last year in Europe.

In a turnaround from an announcement made last year, Ford Motor Company Southern Africa (FMCSA) has officially ceased sales of the Fiesta in South Africa with the once equally popular Figo set to follow.

Offered locally since 1997 in fourth generation guise, the Fiesta, once touted as the biggest rival to the Volkswagen Polo, has steadily declined popularity since the debut of the seventh generation in 2018 with the discontinuing of the 1.5 TDCi last year being the first hint.

Though Ford confirmed that it remained committed to the Fiesta with plans to introduce the updated model sometime at some stage, the Blue Oval, responding to cars.co.za, revealed it had decided to withdraw the Fiesta with no replacement expected.

At the same time, the Dearborn giant also sealed the fate of the Figo by telling the online publication that the entry-level hatch and sedan will be phased out once stock becomes depleted.

Like the Fiesta, the future of the Figo had been limbo ever since Ford announced its withdrawal from India last year after racking-up losses of US$2-billion over ten years despite a serious of investments into the manufacturing of not only the Figo, but also the EcoSport, Endeavour (Everest) and various powertrains.

“As part of our Ford+ plan, we are taking difficult but necessary actions to deliver a sustainably profitable business longer-term and allocate our capital to grow and create value in the right areas,” Ford Motor Company President and CEO Jim Farley said in a statement at the time.

According to rushlane.com, the Chennai Plant that produced the EcoSport and Endeavour is in the final stages of being acquired by Tata, while the Sanand Plant that made the Figo will also fall to the Indian giant in a deal said to be almost completed.

The future of the EcoSport was not divulged, though speculation is that the entry-level 1.5-litre petrol and diesel models will fall away as these were imported from Sanand. The 1.0 EcoBoost derivatives are sourced from the Craiova Plant in Romania and are therefore anticipated to continue, albeit at a higher price tag relative to the Indian models.

Before the pull-out, the Blue Oval announced that its joint venture with Mahindra had been called off due to the impact of not only Covid-19, but according to a joint statement, as a result of “fundamental changes in global economic and business conditions”.

A partnership signed back in 2019, the venture was set to spawn a EcoSport replacement powered by Mahindra’s 1.2 T-GDI mFalcon petrol engine currently used in the XUV 300 and a new C-segment SUV known internally as the C757 that would have been based on what eventually became the XUV 700.

The decision to end the Fiesta and Figo leaves the Mustang as the sole passenger vehicle in Ford’s local line-up, a move widely similar to that of North America where focus has shifted towards more profitable SUVs and commercial vehicles instead of sedans and hatchbacks.

While listed for sale according to vehicle information website, duoporta.com, the Figo is unlikely to soldier on for much longer as it will soon join the Fiesta that has already been removed from FMCSA’s official website.