Vito's exterior and interior updates have not been expanded to underneath the bonnet. 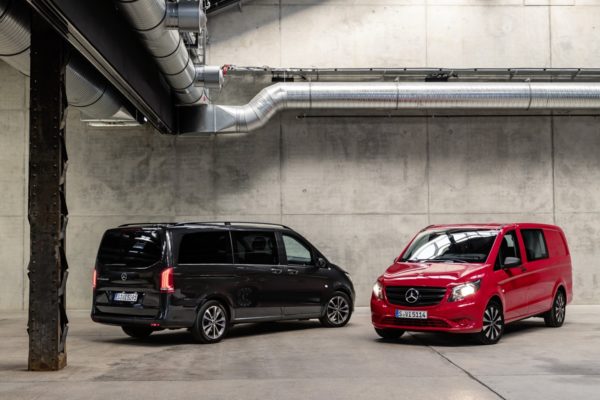 With the wraps have come off of the facelift Vito almost exactly a year ago, Mercedes-Benz has now announced South African market pricing for its Volkswagen T6.1 Transporter, Hyundai H-1 and Ford Tourneo Custom rival.

Celebrating its 25th anniversary this year, the updates mirror those of the European model, namely a redesigned grille with or without chrome detailing, colour coded bumpers on higher spec models and new daytime running LEDs.

The subtle changes continue inside in the form of the same turbine-style air vents as the V-Class, a new seven-inch touchscreen infotainment system with Apple CarPlay and Android Auto on upper range models, a piano lacquer finish on the centre console and an optional chrome package for the vents and some of the switchgear. 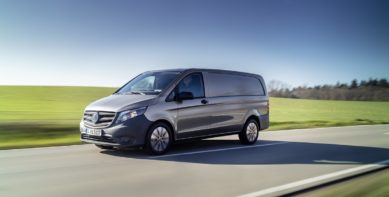 Rounding the changes off is a new striped Caluma fabric in place of the previous Tunja upholstery with heavy-duty waterproof floor mats being the final inclusion.

On the specification front, and depending on the trim level, the Vito sports Attention Assist, the Crosswind Assist system derived from the V-Class and the new Active Brake Assist from the options list.

As before, three models are offered; a panel van, combination variant called the Mixto and the passenger van in three forms; Tourer, Tourer Pro and Tourer Select.

Underneath the bonnet, Mercedes-Benz has kept the all turbodiesel choice of engines unchanged with the entry-level model again being the 111 CDI whose Renault-sourced 1.6-litre unit produces 84kW/270Nm, hooked to a six-speed manual gearbox. 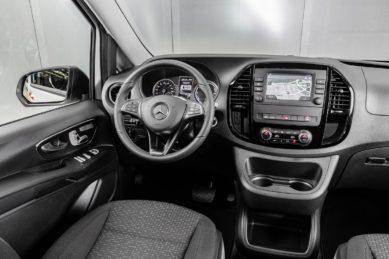 Moving one up, the 114 CDI retains the 2.1-litre oil-burner instead of the new OM 654 2.0-litre available in Europe, but with the same 100kW/330Nm output. While the six-speed manual gearbox has been retained, the 9G Tronic self-shifter has not carried over as Benz has opted to retain the stalwart 7G Tronic ‘box.

The same applies to the next level pair; the 116 CDI and the top-spec 119 CDI who also make use of the 2.1-litre engine and not the new 2.0-litre. Despite this, both units have the same output as the newer powerplant; 120kW/380Nm and 140kW/440Nm. The mentioned 7G Tronic ‘box is again the sole transmission offered.

Standard across the range is a five year/100 000 km ServiceCare service plan.