Switch from MPV to SUV bodystyle has given the BR-V a distinct mini-CR-V appearance. 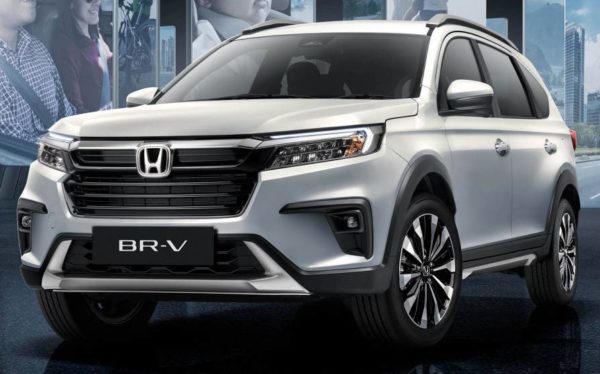 Switch to an SUV bodystyle means the BR-V now resembles the CR-V.

Honda has officially assured the future of the BR-V by unveiling the all-new second generation model based on the N7X Concept shown earlier this year.

Toned down surprisingly little with the main difference being the round fog lamps as opposed to the concept’s vertical LED strips, the BR-V now sports a distinct mini-CR-V appearance with the rear facia being the biggest nod to the original.

Despite Honda not releasing full details about the newcomer’s dimensions, the BR-V will, as before, provide seating for seven with features of the interior comprising, amongst others, a seven-inch touchscreen infotainment system with Apple CarPlay and Android Auto, a TFT instrument cluster and leather seats.

Up front, the BR-V is once again motivated by a normally aspirated 1.5-litre petrol engine, this time with outputs of 89kW/145Nm. As before, drive is routed to the front wheels through a five-speed manual gearbox or an optional CVT.

Unveiled in Indonesia where sales will reportedly start in January next year from at a price of 239 500 000 Rupiah (R248 348), the BR-V, which Honda South Africa previously classified as a key model, is expected to touch down sometime in 2022 with final pricing and spec to be revealed later.