Blue Oval's Ranger-based SUV will go on sale later this year with an exact date still to be confirmed. 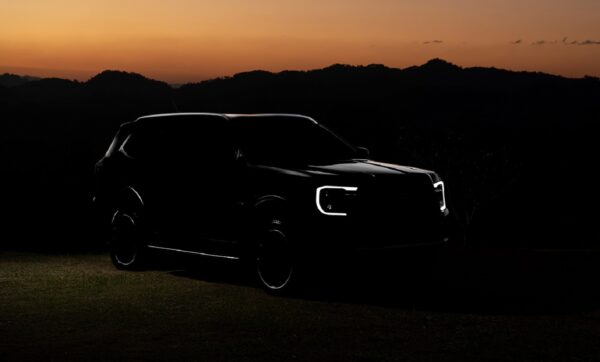 First teased in December last year, Ford has provided another preview of the all-new Everest in a form of a short teaser video.

In releasing to the 20 second clip, the Blue Oval also confirmed 1 March as the unveiling date of the third generation Everest that will once again be made at the Silverton Plant outside Pretoria alongside the incoming new Ranger and the new Volkswagen Amarok.

Providing little in the way of new hints, bar the fitting of a sunroof, the Everest, which will ride on the upgraded T6.2 platform, is once again expected to provide seating for five or seven with its exterior bearing similarities to the Ranger and the Maverick.

Taking additional styling hints from the Explorer, the body-on-frame Everest is expected to receive the same interior as its bakkie sibling, though with upgraded materials and potentially more features in order to be better representative of a family SUV.

Developed Down Under with its assembly on South African soil forming part of Dearborn’ record R15.8-billion investment into Silverton last year, the Everest is expected to derive motivation from the same array of turbodiesel engines as the Ranger, which will all be made at the Struandale Engine Plant in Port Elizabeth as part of further R600-million investment.

The engines in question are the upgraded single-and-bi-turbodiesel 2.0-litre Panther units, as well as the highly awaited 3.0-litre turbodiesel V6 once sold under the Powerstroke moniker in the F-150 in the United States.

Unlike the Ranger though, the Everest is not expected to offer the revised six-speed manual gearbox. Instead, the reworked General Motors co-developed ten-speed automatic looks set to be the sole option available, though this remains to be established.

What is certain though is that the Everest won’t spawn a hardcore Raptor version like the imminent Ranger or the rumoured Amarok R.

Given the timing of the teaser, don’t be surprised if one last hints appears before the covers come off next month.