The driver allegedly lost control of the vehicle that crashed into the house causing damage to a room. 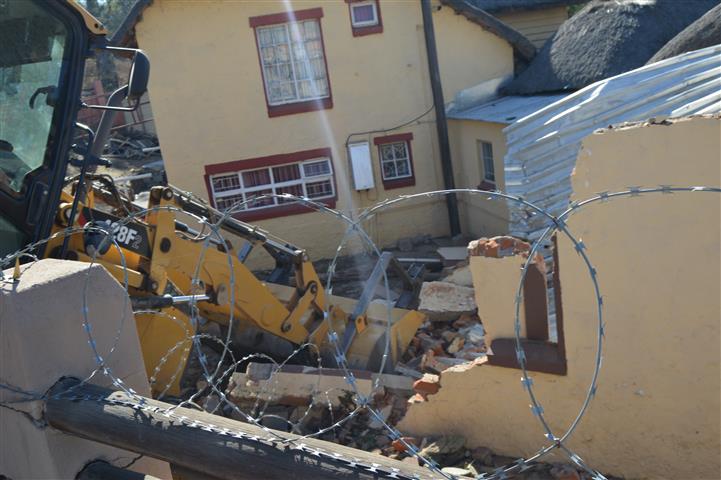 The scene where the TLB crashed into the house yesterday.

It took municipal workers hours to remove the TLB construction vehicle that crashed into a house in Park Lane on Thusday.

The driver allegedly lost control of the vehicle, which crashed into the house causing damage to a room, Ladysmith Gazette reported.

The resident tells the Ladysmith Gazette that her daughter in law was in her room at the time, and called her to help her with something, and as she left the room they heard a loud noise, and suddenly saw something crash onto the house damaging a room. The room destroyed during the incident.

Concerned neighbours and family members gathered at the house to render assistance or help with anything.

Everything in the room was destroyed during the incident. There were no injuries.

Police and other emergency personnel were on scene.