Almost 20 years ago, South Africans mourned THAT run out. But the 1999 campaign was so much more really. 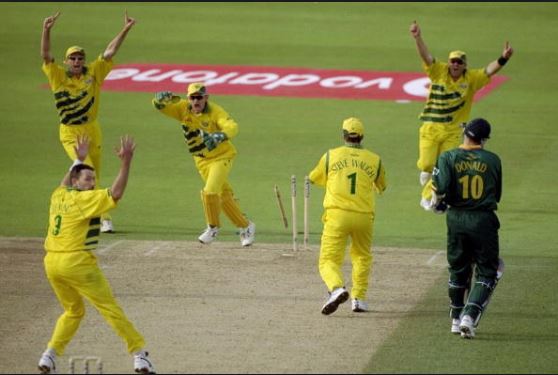 Chills and nausea – symptoms indicative of the flu, one of the medical profession’s greatest if somewhat trivial foes.

It’s also symptoms associated with thoughts on the Proteas’ 1999 quest for cricket’s holy grail in the United Kingdom.

Almost 20 years have passed since THAT run out and still it’s too excruciating to talk about for some.

By summoning enough courage between the haze of bitter emotions to make room for a bit of introspection, an obvious if buried fact appears: that campaign was so much more than just THAT run out.

Unfortunately, it also reveals the painful truth that this was the World Cup South Africa let slip through their hands.

Going into their second tournament under the tutelage of the legendary Bob Woolmer, Hansie Cronje’s troops had become an authoritative unit, blessed with a once-in-a-generation blend of all-rounders that was the envy of many sides.

One of them, Lance Klusener, went down in folklore with a Man-of-the-Tournament award-winning campaign by scoring 281 runs (average 140.50) at a strike rate of 122.17 and finishing South Africa’s leading wicket-taker with 17 at 20.58.

Even by today’s rigid 20-over standards, that kind of batting is deemed good enough.

For most of the campaign, South Africa were destined to walk away with the trophy.

Despite not consistently firing in the batting department, the firepower in the bowling was undeniable as they made short work of numerous top opposition batting orders, even when the targets were low.

They had an unexpected setback against a Neil Johnson-inspired Zimbabwe yet immediately jumped back into gear at the start of the Super Sixes, assuring themselves of a place in the semifinals even before completing their third fixture against Australia.

With the Aussies 48/3, chasing 272, the game was in the bag but South Africa didn’t bank on Herschelle Gibbs dropping Steve Waugh on 56.

Waugh went on to make an unbeaten 120 as Cronje and his troops missed the chance to eliminate them.

Four days later, Edgbaston bore witness to, from a purist point of view, the greatest ODI ever and a tied result to boot.

What exactly went through Allan Donald and Klusener’s minds in that horrible sequence of events remains a blur, as the magnificent fast bowler recounted in his autobiography, White Lightning.

“Was I right to stay my ground until the ball had passed the bowler? I think so. After all, that narrow escape from Darren Lehmann’s throw off the previous ball had shown how risky it would have been to charge down the pitch too early. Yet I should’ve run instantly the ball beat Fleming.”

He continued: “But I was too slow getting out of the blocks. Nothing you do in your career can prepare you for a moment like that. I had let down my batting partner, my team and my country.”

For a short while, many made Donald the scapegoat.

Yet Waugh gave a comforting thought in a later interview.

“We couldn’t believe we got out alive from the South Africa semifinal. Perhaps there was someone looking over us.”

Australia thrashed Pakistan by eight wickets in the final.

It should’ve been South Africa.