A damning forensic report has revealed evidence of bribes and corruption, resulting in criminal charges being pressed against George mayor Melvin Naik and other implicated officials. 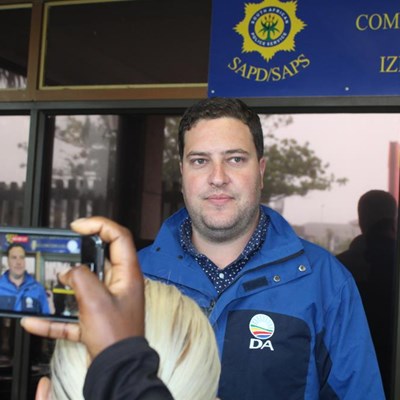 Evidence of bribes and kickbacks, nepotism and corruption relating to a service agreement of over R9 million.

These are just some of the findings of a forensic report conducted at the instruction of the Western Cape minister of local government, Anton Bredell, reports George Herald.

With these allegations levelled against George mayor Melvin Naik and several officials of the George municipality, including municipal manager Trevor Botha, George has once again made headlines for all the wrong reasons.

After Bredell’s announcement last week Thursday that the report, the first in a three-part series, has been completed, the DA made haste to unseat Naik.

The mayor received a visit by the DA Constituency Head of George, Geordin Hill-Lewis, on Tuesday, and a letter notifying him of the party’s intention to suspend him, allowing him a 36-hour reaction time to provide reasons not to do just that.

On Wednesday morning, Hill-Lewis pressed criminal charges against Naik and the implicated officials on behalf of the DA, preceded by an address to the media.

Meanwhile, the George DA Caucus Executive has sent a request to the DA Federal Executive (Fedex) to vote locally on a motion of no confidence in the mayor, within the caucus, this coming Monday. This has been confirmed by DA Regional Chair Jaco Londt. 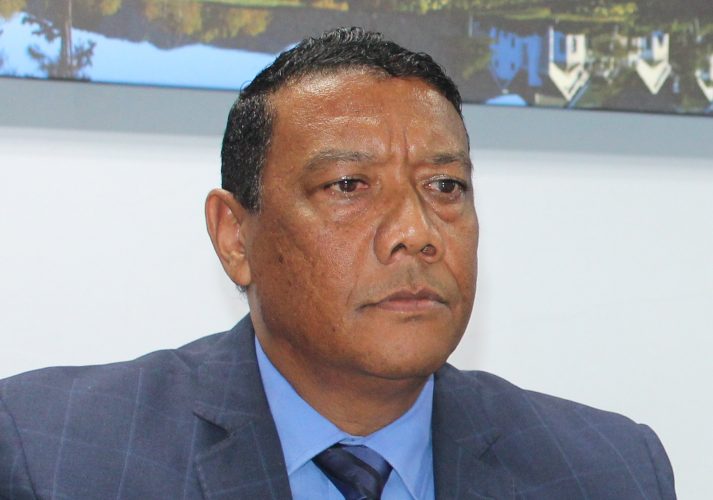 The investigation centred around a mayoral project called “War on Waste”. It was launched by Naik in 2017, and promised to provide employment through the Expanded Public Works Programme (EPWP).

The same project formed part of an investigation by the Hawks (Directorate for Priority Crime Investigation) in 2018, when they investigated allegations of maladministration, fraud and corruption in the municipality. Their investigation has been completed and has reportedly been handed to the National Prosecuting Authority by April last year.

The DA is receiving a lot of flack from some opposition parties, who say the latest investigation ordered by Bredell and action taken by the ruling party is an exercise in public relations, just in time for the 2021 elections.

When asked by the George Herald why the DA didn’t act when the Hawks submitted their report, Hill-Lewis said the Hawks’ report and its outcome were never made available.

He said the DA could not wait any longer and had to take action. Hill-Lewis said the findings in the report go beyond mere empty allegation or rumour.

“They are detailed and substantiated, and in some cases, the available evidence contradicts the mayor’s denials.”

“Bredell’s investigation”, as it is called, started in September last year and was finished within five months.

The report will be tabled at the next council meeting next Thursday.

It all started with a bulldozer.

Back in 2017, the George municipality allegedly had difficulty to find a service provider from whom to rent a bulldozer to address the massive problem with illegal dumping. During a visit to George, Myron Bruiners, co-owner of Mr Noodles and a resident of Mossel Bay, was in search of shoes for his wife when he was approached by a councillor who asked him if he still had access to earth-moving equipment.

According to a reliable source who provided supporting documents, Bruiners was introduced to Naik mere days later, and verbal negotiations ensued. Meetings allegedly took place after hours at restaurants in the George and the Mossel Bay areas.

Bruiners was allegedly asked to create another business, Nomucento, and was offered a George residential address, allegedly belonging to a family member of Naik, for the purpose of doing business with the George Municipality. Bruiners allegedly had to pay R100,000 for the use of the address and R600,000 in kickbacks to Naik and Botha.

They were allegedly not the only ones who received bribes. It is alleged that nothing except the invoices, of which a few are missing, was ever documented.

Since Bruiners’ companies were not registered on the municipality’s supplier database and he did not receive the work through a tender, his companies were paid through a deviation process, motivated as an “emergency”. He was allegedly asked to work seven days a week.

After nine months, the proverbial paw-paw hit the fan when Bruiners allegedly pursued other channels for a formal arrangement with the municipality, and his services were terminated.

In response to the allegations levelled against him, Naik said on Wednesday that he hadn’t received the report – not from the provincial government or the DA.

“I was informed by the speaker [Gerrit Pretorius] that he received such a report from the department of local government, which will serve at council on 30 January,” he said.

“As previously mentioned to the media, I have not been guilty of any corruption, and it will certainly be proved in court at the right time. However, it seems that the DA leadership has already decided to get rid of me as mayor, because yesterday [Tuesday], Geordin Hill-Lewis and Jaco Londt handed me a pre-drafted letter of resignation, [intending] me to consider resigning as mayor.

“I did not sign it, because the provincial report and the judicial process must run their course.

“I also received a letter from the DA announcing their intention to suspend me from party activities. This is an internal matter and is treated as such.”

George municipal manager Trevor Botha gave the following response: “The statements made by MEC Bredell on various platforms during 2019, where his intention to place the George Municipality under some form of section 139 administration, were duly noted. The unseemly haste in which the Section 106 process is being dealt with and expedited is noted with great concern. The allegations made against various officials are unfounded and seem to be politically motivated.

“We reserve our legal rights in this regard.”

Myron Bruiners said he deeply regretted ever coming to George that day.

“It was just about a pair of shoes. But then I was asked by an official if I still had trucks. I will see to it that everyone who has hurt me, goes one way.”

He asked why Bredell didn’t launch the investigation two years ago and said some influential ministers were involved in the situation.

“What I have stated on record I did with a clear conscience. I believe there are also corrupt ministers who are trying to protect Naik. In my statement, I mentioned the names of ministers that he does favours for. I’m glad something happened, but am not happy with the time that has lapsed,” Bruiners lamented.