'We are urging people to only buy what they need and not to stockpile as this only serves to deprive our most vulnerable residents,' Winde cautioned. 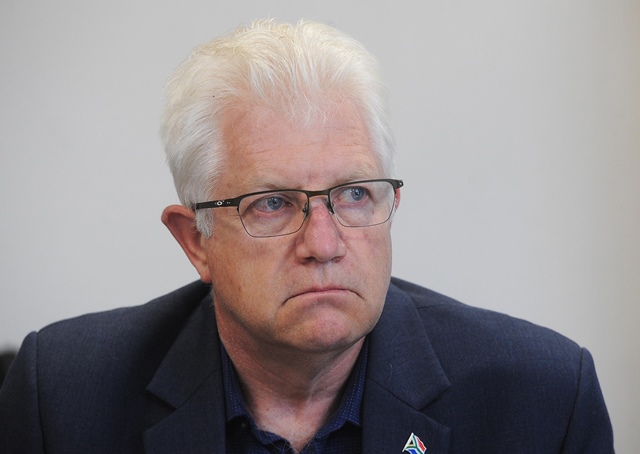 “Physical distance and social solidarity” – this was Western Cape premier Alan Winde’s mantra on Wednesday when he expressed his concern about the rate of transmission of the coronavirus in the province.

Winde, MEC for health Nomafrench Mbombo and head of the Western Cape Department of Health, Dr Keith Cloete, on Wednesday addressed the media through a virtual briefing, hosted on Winde’s Facebook page.

According to the accompanying statement, as at 10.00am on Wednesday, there were 14 new laboratory confirmed cases of Covid-19 in the Western Cape since the last update, which was on Monday, bringing the total number of cases in the province to 30.

“This rate of transmission is concerning. As the premier of this province, it pains me to implement restrictions on our citizens, especially as they affect the economy and children. But I am willing to take these steps to keep as many of our citizens Covid-19 free,” Winde said in the statement.

Mbombo said two of the cases in the Western Cape were local transmissions, while the majority were from people who had travelled internationally.

She said the department’s system for contacts tracing had been beefed up.

“We don’t want a lot of internal transmissions,” she said.

Of the cases in the Western Cape, she said one patient was admitted to hospital for treatment but had since been discharged. None of the patients was in a critical condition.

Winde said the most powerful tool in fighting the disease was one’s own behaviour.

“We must all take steps to prevent a sudden spike in cases, called ‘flattening the curve’. It can no longer be business as usual.”

He emphasised the need for basic hygiene measures:

“No more handshaking, no more hugging,” he said.

“Where you can, work from home.”

He also asked businesses to help in this regard.

He implored people who had tested positive to self-isolate and said it would be irresponsible not to do so.

He also cautioned against panic buying.

He said his government met with retailers on Tuesday, who confirmed they had enough stock to get through this crisis and that there was no need for panic buying.

“We are urging people to only buy what they need and not to stockpile as this only serves to deprive our most vulnerable residents. We have to act with calm and consideration for others at times like these.

“The retailers have confirmed that there will be no stock shortages.”