No, helicopters won’t be spraying anti-coronavirus chemicals on you today

The panic over Covid-19 has brought with it hoaxes and fake news that have been spreading as fast as the virus itself. 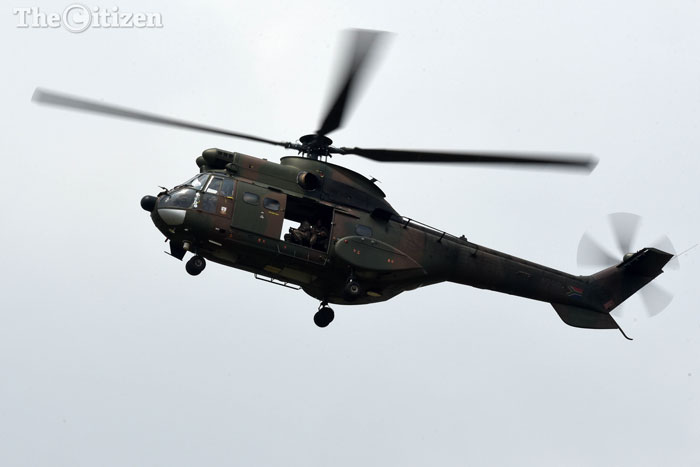 The Oryx helicopter lands during a visit by representatives of the SANDF to see if they are able to help with the rescue of a child that fell down this mineshaft near Witfield in Ekurhuleni, 2 March 2017. Picture: Neil McCartney

A post on a Facebook group titled President Ramaphosa SA, posted on Wednesday evening, urged South Africans to stay indoors at 10:00 on Thursday because “there will be helicopters spraying chemicals solutions the whole South Africa (sic)”.

It urged people to share this message, and more than 8,000 people have so far happily complied.

The page, which was created on 15 March, creates the impression that it is posting on behalf of President Cyril Ramaphosa, and is followed by nearly 80,000 people.

Meanwhile, Netcare urged members of the public to be vigilant of criminals pretending to be officials under the guise of conducting Covid-19 home screenings.

“Please note that staff members from the Netcare Group, including from Netcare hospitals, Netcare 911 or Medicross medical and dental centres, are NOT doing door-to-door Covid-19 screenings,” Netcare said in a statement on Monday.

The South African Reserve Bank (SARB) has also warned the public about bogus officials who go around collecting cash “contaminated” with the novel coronavirus from unsuspecting people.

The SARB says it is not withdrawing banknotes and coins because of the pandemic.

Screenshots of valid news articles have also been photoshopped and widely shared on social media.

In addition, Western Cape police on Tuesday denied that its police stations in Cape Town would close as a result of the novel coronavirus.