Sars commissioner Tom Moyane accused Gordhan of treating him 'like a little boy' and appealed to Zuma to intervene. 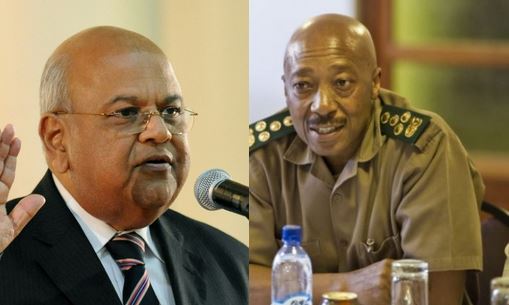 Finance Minister Pravin Gordhan and SA Revenue Service (Sars) commissioner Tom Moyane “should stop behaving like children” and put their differences aside for the sake of South Africans of which they serve, political analysts have said.

This after Moyane on Friday held a briefing following media reports where their hostile relationship was confirmed through 16 leaked letters.

The Mail & Guardian on Friday released a report showing letters issued between April 1, 2016 and February 2.

“I ask myself every day what I have ever done to you that has made you mistreat and besiege me as if I am a little boy,” Moyane said in one letter, according to the report.

The weekly reported that Moyane was taken to task by Gordhan for approving his own salary increase, performance bonus and dishing out bonuses to Sars staff amounting to R500 million without following basic performance assessment procedures.

At the briefing, Moyane further stated that he approached President Jacob Zuma to appoint a person to mediate on the issues between Gordhan and himself.

READ MORE: Tom Moyane says he has ‘nada’ relationship with the Guptas

He also deemed lies that he had lodged a personal criminal case against Gordhan.

Also discussed were operational matters at Sars, including the biggest revenue shortfall in years, which Moyane said was not his agency’s fault.

He further stated in a statement that the State Security Agency (SSA) was conducting an investigation into the leaked letters.

Moyane then charged that Gordhan “should explain and/or investigate the leakages from his office”.

“The letters in questions were privileged and confidential documents and were only shared with the minister of finance. As a result‚ I have no alternative but to reasonably suspect that the leakages emanate from the office of the minister.”

Analyst Ralph Mathekga said the volatile relationship – between two people who head South Africa’s most critical financial institutions – has been a long standing one, but egos needed to be put aside.

“It doesn’t matter who’s right or wrong. This relationship is dysfunctional. Their egos are bigger than Mount Everest. It’s like dealing with eighth-graders here,” he charged.

“They are behaving like kindergarten children – their relationship is toxic for South Africa. For the sake of serving this nation they need to put aside their differences.”

Mathekga said blame should be laid on both Gordhan and Moyane as “they differ politically”.

“National Treasury and Sars belong to the people,” he said, adding that both entities were not private institutions.

According to analyst Daniel Silke, the souring of the relationship between the two had reached the “very highest level”.

“I dare say the tensions were exacerbated by the revenue shortfall. Gordhan laid the blame on Sars, and Sars on Gordhan.”

The spat had also “done the country no good and added to the negativity surrounding Gordhan and over the persona of Moyane”, added Silke.

“Both suffered political and reputational damage as a result of long standing fact. It is a blame game within these two elements of state.”

He said Gordhan was now under severe pressure as Zuma moved towards a long overdue cabinet reshuffle.

“This may be a parting spat indicative of the end of the Gordhan era that may be looming.”

Political analyst professor Tinyiko Maluleke added that there was nothing new in this row. “We have seen this movie before – it is a replay and maybe there is a slight increase in tensions, but the song is old.”