A family was recently robbed at gunpoint after they were followed home from a shopping centre. 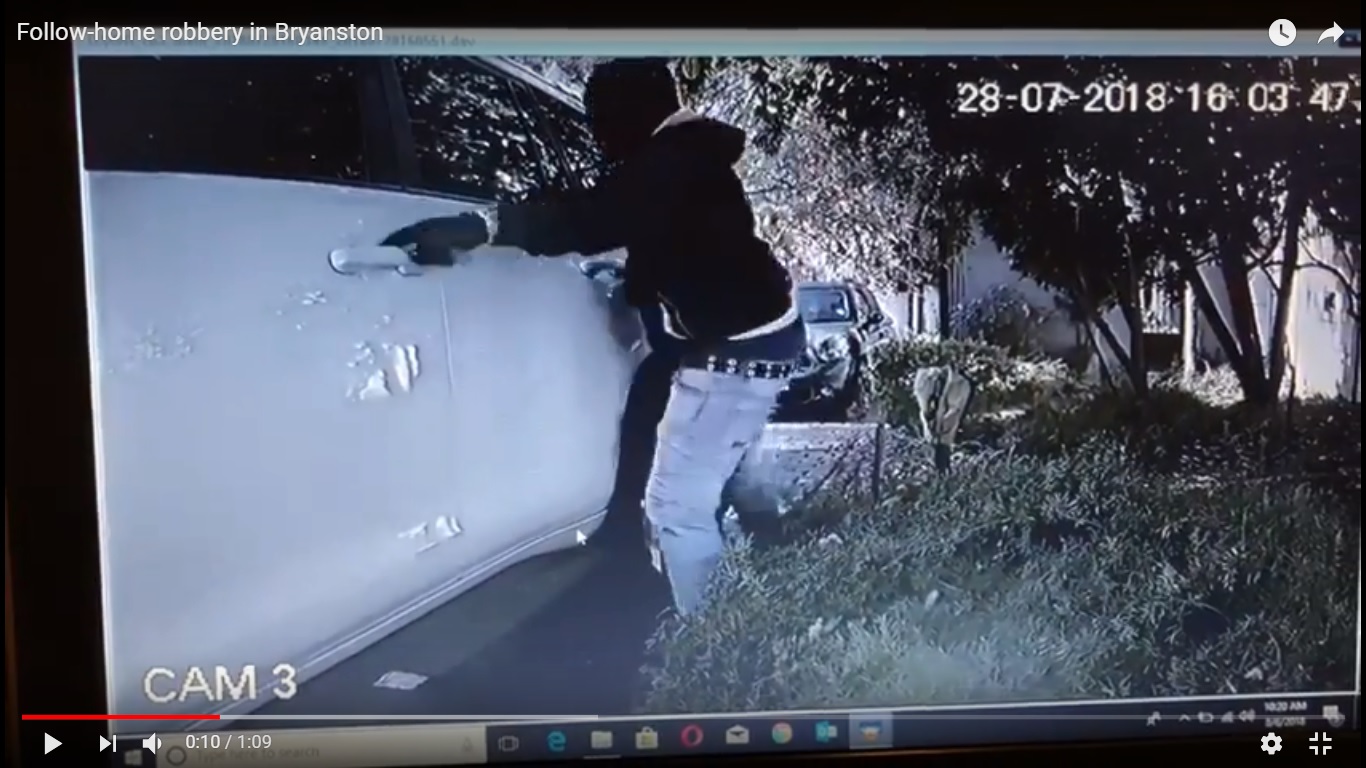 A screenshot of one of the suspects as he opens the vehicle's door.

A video has emerged of a family who was followed home and robbed after they left a shopping centre in Bryanston, reports Sandton Chronicle.

The incident took place on July 28 and the victims, who wish to remain anonymous for fear of retribution, said they were at their children’s’ school and then quickly popped into the shops to buy groceries.

“As we drove into Pont Road, we entered the gate and a car came in behind us and prevented the gate from closing.”

The victim added that two armed men jumped out of a black Mini Cooper and tried to get into their car. “They forced us to open the doors for them.”

The victim said the two children were in the back of the car and had to climb over the seat to open the door for them. The whole robbery took less than three minutes and they took everything of value in the car. They even took the bag of groceries with them.”

The victim said they stole their watches, jewellery and a handbag. “They also took the keys to the house so we weren’t able to get in. One of my children had to climb through a window to unlock the house.”

After the robbery, the suspects jumped into the black Mini Cooper and sped away.

“Usually we are very good at watching our surroundings, but were distracted and didn’t think about it. We all went for counselling, but it’s not a great feeling and we don’t feel safe.”

“I am very thankful that we were not harmed during the incident.”

Captain Granville Meyer, spokesperson for the Sandton Police Station confirmed that the incident did take place.