The pro-business slant of the plan is dangerous, because 'for-profit involvement in service delivery has seen rip-offs, fraud and environmental damage'. 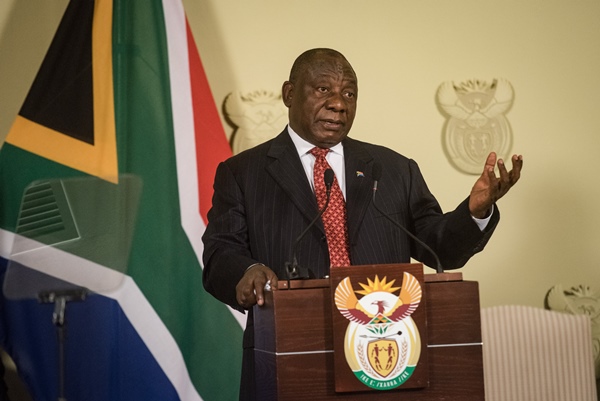 President Cyril Ramaphosa’s Economic Stimulus and Recovery Plan is more of a shift and reprioritisation in budget than an actual stimulus package, with some elements that could be easily implemented, while the remainder might not see immediate results, an economist said.

Another economist has described the plans as “tokenistic”, and warned that it could serve to benefit big business much more than ordinary South Africans.

Ramaphosa introduced the plan yesterday at the Union Buildings, where he announced measures to improve the economy after the country entered a recession in the second quarter of this year.

One of the reforms is the immediate change of the country’s visa regime, approved by Cabinet, which would see amendments in the coming months to regulations on the travel of minors.

“The list of countries requiring visas to enter South Africa will be reviewed, an e-visas pilot will be implemented and the visa requirement for highly skilled foreigners will be revised.

But that was quite easy to implement as it did not cost money to roll out and it would be a permanent solution, economist Mike Schussler told The Citizen.

“There are other things we can do in tourism. We should have one visa for five countries because we are already a customs union, meaning Namibia, Botswana, Lesotho, Swaziland and South Africa. But I think that is one step that doesn’t cost money to roll out. It will help and would be permanent.”

The stimulus and recovery plan will prioritise infrastructure spending on expansion and maintenance, which has potential to create jobs on a large scale. To unlock the opportunities, the South African Infrastructure Fund has been set up to transform the approach of rolling out, building and implementing infrastructure projects.

An excess of R400 billion would be contributed to the fund from the fiscus over the medium-term expenditure framework period, the president said.

But that would probably only take-off next year, as partners needed to be found and funds secured, Schussler explained.

“I don’t think that will make an immediate difference. Somewhere in the future it has a target of R400 billion with no date and no timeline.

“I am not sure how much that can contribute or build into a model.

“I can make assumptions that we can get 50% more on tourism. That can make a difference,” said Schussler.

Patrick Bond, a professor of political economy at Wits School of Governance, who was unimpressed by the president’s plan, said: “The crucial details on budget restructuring and which areas will benefit are going to be withheld for a month.

“The critical question, then, is whether the austerity imposed on municipal and provincial infrastructure budgets will be reversed.”

“R50 billion is a tokenistic sum, hardly a stimulant for an economy whose output of goods and services this year will be nearly 100 times that amount.”

He also warned that the pro-business slant of the plan was dangerous, including the president’s promise of “a mega fund that will galvanise the private sector” to participate in social infrastructure, citing previous profiteering off government projects as red flags.

“I’m also worried that Ramaphosa is promising that ‘to boost exports and to make South African industry more competitive’, government has begun a review of various administered prices, starting with electricity.

“Where we’ve seen subsidised electricity, such as Richards Bay with BHP Billiton’s Special Pricing Agreements which provide power at just 10% of the price paid by residential users, it has led to profiteering, abuse, capital-intensive maldevelopment, Eskom load shedding and massive ecological damage.

“The businesses in the energy-intensive users group who have lobbied for cheaper prices are already far too influential in electricity distribution. It’s time to lower electricity prices for ordinary poor and working people instead.”