This is a major setback for the cyclist, who had been out on a training ride ahead of a hugely promising 2020 season. 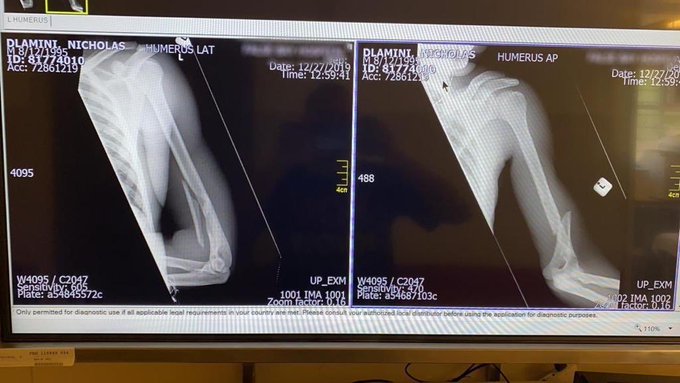 South African rider Nic could miss next year’s Tokyo Olympics after a SANParks official broke his arm in Cape Town on Friday.

The incident occurred at the Silvermine section of the Table Mountain National Park and was caught on film by a fellow cyclist.

According to a press release from Dlamini’s NTT Pro Cycling team, Dlamini was pulled off his bicycle at high speed, which saw him crash and then ultimately saw the incident become volatile.

The release saw the team express their shock at the incident and concern for the 24-year-old.

Dlamini was taken to False Bay Hospital where x-rays were carried out and it was confirmed that he suffered a fracture of his left humerus.

According to the press release, he has since been transferred to another hospital where further specialist consultation will take place together with NTT Pro Cycling’s team medical department.

They will decide on the next course of action to treat the injury.

This is a major setback for Dlamini, who had been out on a training ride ahead of a hugely promising 2020 season.

This injury will now have a serious effect on his chances of racing at the 2020 Tokyo Olympic Games.

Dlamini was part of a delegation that travelled to Tokyo and spent some time on the Olympic Road Racecourse in the hopes of realising a dream and being selected for South Africa at the 2020 Games.

“NTT Pro Cycling would like to be clear that we fully condemn violence in any form and are all highly distressed to see our teammate treated in this manner,” read the press release.

The South African cycling team called that SANParks to urgently issue a public apology for fracturing his arm and causing the rider ” visible distress”.

Team principal Douglas Ryder said: “I was both devastated and appalled to see the video of Nicholas on social media. To watch a young man who I know so well in such unnecessary distress made me feel sick, to be honest. The way in which he was treated is simply not acceptable.”