Desperate plea to stop sale of booze during exams

Writing of tests are crucial and outlets near schools don’t seem to care. 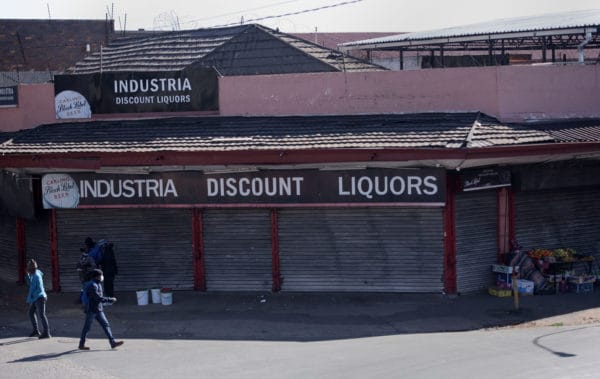 The Congress of the South African Students (Cosas) in Limpopo has pleaded with tavern and liquor restaurant owners to close down their businesses during trial examinations taking place in the country.

The organisation released a damning statement yesterday claiming the proximity of taverns and liquor outlets to schools had a detrimental effect on the performance of pupils.

Schools across the province started with trial exams on Monday. The trials are crucial as they have a bearing on the performance of pupils in final year examinations.

The department said yesterday there were 106 700 pupils across the province sitting trial exams this year.

“As we enter into the world of the unknown, where fear will punctuate our heartbeat, we plead with all taverns/liquor outlet owners to please behave like they do during initiation school.

“During initiation school they close their taverns in time; we expect the same conduct from them.

“We are therefore requesting them to close their stores as early as possible in an endeavour to allow pupils an ample space to study and write their exams peacefully,” pleaded Cosas Limpopo provincial secretary Scalo Mahladisa on Monday.

“As we all know, Covid has wrecked havoc on the school learning and teaching calendar. We plead with teachers to befriend us in our preparatory activities,” he said.

“The ban by the trade and industry department to sell alcohol to people below 18 is often ignored by tavern owners,” said a Limpopo parent, Geoffrey Sanco Madia of Lephepane in Tzaneen on Monday.

“You go anywhere in the province, school pupils are seen hanging around tavern walls in school uniforms during lessons, boozing and misbehaving,” he said.

Spokesperson for basic education in Limpopo Tidimalo Chuene said the department was extremely concerned about the proximity of liquor outlets to schools.

Chuene said the department was advocating for the relocation of such businesses and would plead with the authorities to stop issuing licences to businesses operating close to schools.