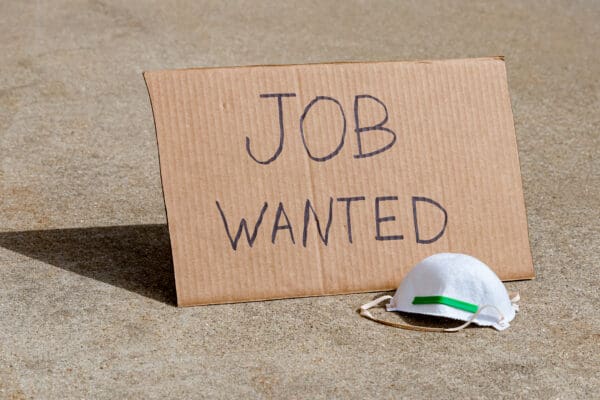 Stanlib chief economist, Kevin Lings said he is not aware of any country that produces economic data on a regular basis that has an unemployment rate higher than South Africa.

Lings was commenting on South Africa’s unemployment rate which has soared passed the 35% threshold in the fourth quarter.

Statistics South Africa on Tuesday announced that unemployment in South Africa grew by 0.4 of a percentage point.

Lings told 702 the number of people who have lost their jobs is extremely alarming.

“It’s the single biggest threat. When you typically have these types of unemployment rates, you tend to end up with social discord or social unrest and we’ve seen that in South Africa and I’ve got no doubt that the high unemployment rate contributed to the looting last year.”

Lings said there is a lack of singular focus when it comes to unemployment in the country.

“We do definitely distract ourselves by looking at other issues which in themselves are important, but not the most critical. I listen to the speeches done by presidents or politicians and they end up with this large array of priorities and in my mind, they should scrap all of that and just have one priority and that is to create jobs, because once you start to create jobs, everything else starts to fall in line.”

The spike in the unemployment rate has also raised concerns among unions.

The United Association of South Africa (Uasa) said the high unemployment is most concerning.

“While Uasa takes note of the challenges the Covid-19 pandemic brought on all sectors and industries, at some point this crisis must see a turning point. At the beginning of the year both the SONA and National Budget produced statements on how government was planning to create more jobs and see our people employed.”

“Now is the time to put all those ideas into action. We want to see the promised thousands of jobs become a reality,” Uasa said.

However, the Economic Freedom Fighters (EFF) said they are not shocked by the increase in unemployment reported by Statistics SA.

“We are not shocked because the ANC government has already stated that it is not its responsibility to create jobs for the millions of unemployed people of South Africa. The ANC has entrusted the white capitalist establishment with the important task of job creation, hence South Africa continues to experience a jobs-bloodbath which worsens the levels of poverty amongst our people.”

As per Stats SA, 92,1% of the employed workforce continued to receive a salary during lockdown in the fourth quarter (92,2% during Q3.)

Of the 14,5 million persons who were employed during Q4, eight in every 10 (85,5%) employees were expected to work during the national lockdown by their employers.