Zuma wants to be temporarily released from jail to attend the funeral of his younger brother, Michael. 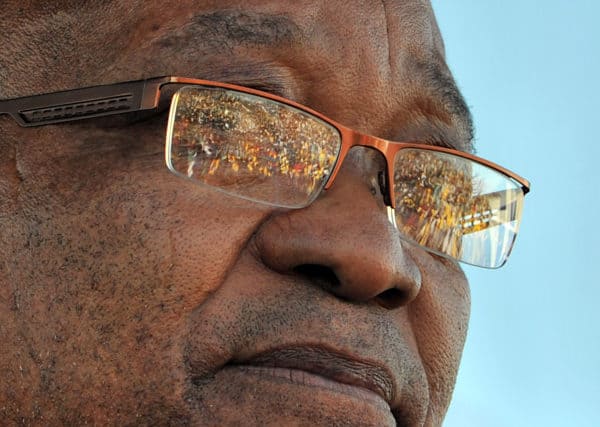 Former president Jacob Zuma addresses crowds at the Dan Qeqe-stadion in Kwazakhelein, Port Elizabeth, South Africa on 13 May 2011 as part of the ANC's election campaign. (Photo by Gallo Images/Foto24/Werner Hills)

The Department of Correctional Services says it has not made a decision on whether to allow former president Jacob Zuma to be released from prison to attend the funeral of his younger brother, Michael.

This is after reports emerged that Zuma had applied for compassionate leave in terms of Section 44 (1)(a) of the Correctional Services Act 111 of 1998.

Correctional Services spokesperson Singabakho Nxumalo told The Citizen on Wednesday that the matter was still being considered.

“A decision on Mr Zuma’s request has not been made yet. We are still awaiting the outcome on the matter,” Nxumalo  said.

On 11 July, it was announced that the former president’s younger brother had passed away.

According to TimesLive, Michael died at around 11am on Sunday after battling a long illness.

The news came in the same week that Zuma started serving his prison sentence at the Estcourt Correctional Centre in KwaZulu-Natal, after he handed himself over to the authorities.

Zuma was slapped with a 15-month jail sentence when he was found guilty of contempt by the Constitutional Court (ConCourt) last Tuesday for failing to comply with the apex court’s ruling forcing him to appear before the Commission of Inquiry into Allegations of State Capture.

The former president remains behind bars after the Pietermaritzburg High Court dismissed his application to have his imprisonment stayed.

Meanwhile, the ConCourt heard his rescission application last Monday challenging the sentence meted out to him.

The judgment has since been reserved in the matter.

In another case, the Pietermaritzburg High Court granted Zuma a postponement of three weeks for his arms deal corruption trial.

Judge Piet Koen, who presided over the proceedings, delivered the ruling on Tuesday morning.

Koen had adjourned the case on Monday after he heard a long day of arguments between Zuma’s counsel – advocate Dali Mpofu and advocate Thabani Masuku – as well as advocate Wim Trengove, who is representing the National Prosecuting Authority (NPA) and its lead prosecutor, Billy Downer.