Number of farm attacks rise, but deaths down

There were 54 murders reported in 2018 as compared to 72 in the previous year. 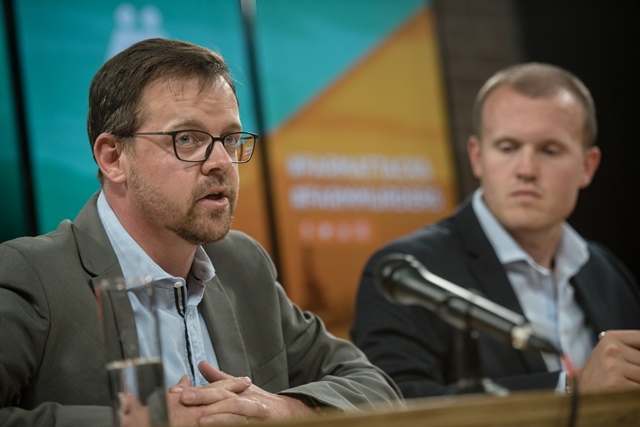 Afrikaner civil rights group AfriForum yesterday announced their latest farm murder and attack statistics, which showed a decrease in murders, despite attacks increasing from 342 in 2017 to 433 in 2018.

Gauteng had the highest number of attacks at 116 in 2018, followed by North West and Mpumalanga at 74 and 63 respectively.

AfriForum’s head of community safety, Ian Cameron, said the decrease in murders was because the farming communities were “fighting” and “shooting back” at their attackers.

He said the statistics came from a number of sources, including the rural community safety structures and the police.

“More victims are shooting back, more are being trained and more are defending themselves. The numbers indicate that even though more people survive, there is still an ongoing onslaught on people living on farms.

“We are seeing that well-organised community safety structures are becoming an iron fist for communities while also serving as a deterrent for threats,” he said.

There were 54 murders reported in 2018 as compared to 72 in the previous year.

Institute for Security Studies consultant and crime expert Johan Burger told The Citizen that the decrease was not a new trend and could change again in coming years.

“We have seen figures decreasing before and a year or two later it increases again… We are happy to see the murder figures go down from the previous year and I hope that we will see a continuation of these figures – of a downward trend – but it’s far too early to say this is going to happen.”

The latest statistics showed that farm workers were either affected or were the main targets in one in 10 farm attacks.

In North West, there was an increase in workers being attacked, said Cameron.

This was a worrying phenomenon for workers, as farm attacks in general were not improving, Burger said.

“Sometimes workers would be intimidated to lead the attackers to the [farm] owner, manager or families and are assaulted in the process or threatened to be killed.

“We must understand that the phenomenon of farm attacks in general is not improving and there may be variations of victims, but that doesn’t change the seriousness of farm attacks,” Burger said.