A medical report on the pupil's condition showed no serious injuries. 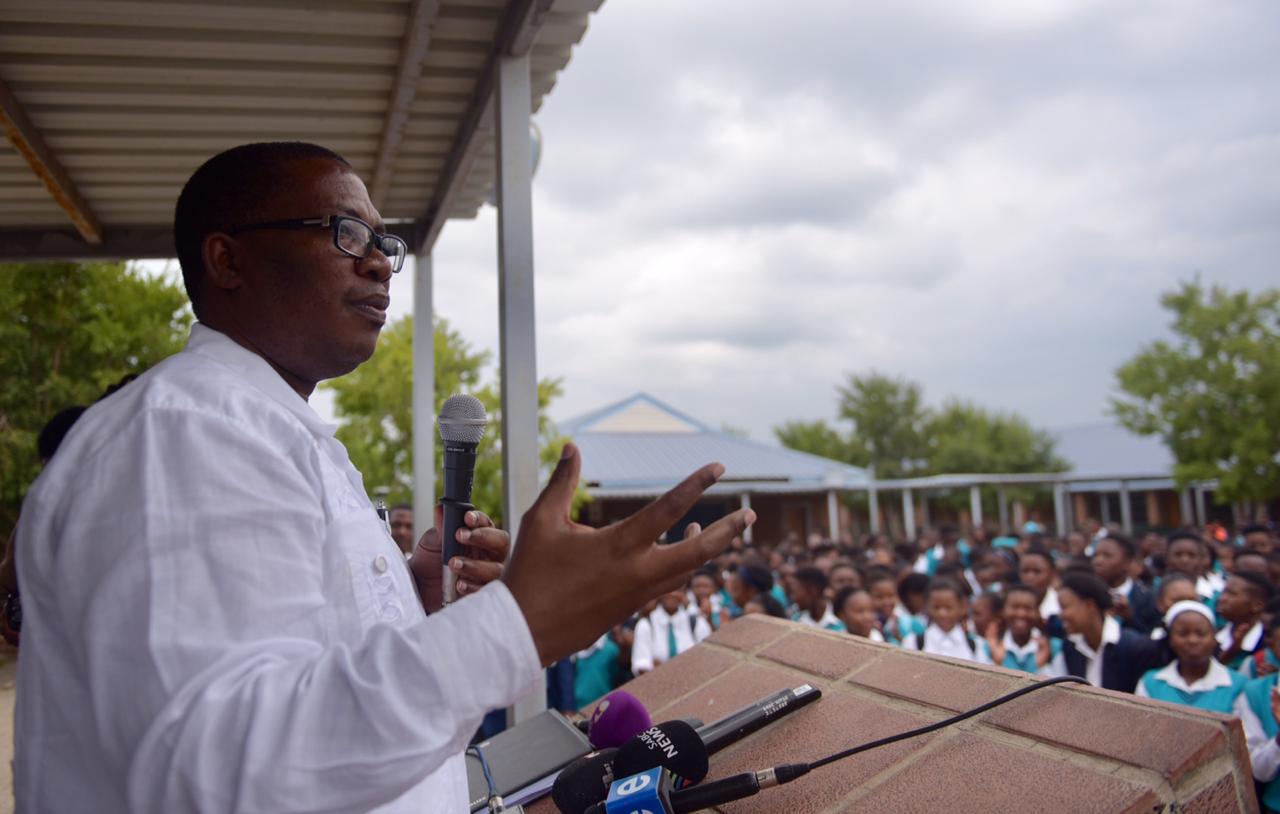 Gauteng education MEC Panyaza Lesufi has described the assault of a Crystal Park High School pupil by her peers as a clear case of attempted murder. Footage of a group of Crystal Park High pupils attacking their peer trended last week and resulted in Lesufi heading to the school on Monday morning.

He arrived at the school in Benoni, Ekurhuleni, to confront the issue of violence at schools. Five learners appeared in the Benoni Magistrate’s Court on Friday on charges of assault with the intent to cause grievous bodily harm and were released into the custody of their parents. This came after the victim’s mother laid an assault charge on Thursday.

Lesufi told the learners that he was highly embarrassed by the incident. He was, however, thankful that a medical report on the pupil’s condition showed no serious injuries.

“You can see the person you’re attacking is defenceless, is down, is not attacking you, but you continue to attack them.”

He said he told the police to do whatever it took to ensure accountability on the matter.

“We can’t protect anyone,” he said.

Crystal Park police said they expected more arrests to be made.