This according to Dr Johan Burger, who is a consultant at the justice and violence prevention programme at the Institute for Security Studies. Cash in transit vehicles are parked at Beyers Naude Square in Johannesburg, 12 June 2018, during the march over armed cash-in-transit heists. Picture: Nigel Sibanda

A massive spike in cash-in-transit robberies since the beginning of 2020 shows that the cat-and-mouse game between the police and robbers is picking up again.

This according to Dr Johan Burger, who is a consultant at the justice and violence prevention programme at the Institute for Security Studies.

According to the acting CEO of the South African Banking Risk Information Centre (Sabric), Susan Potgieter, 45 cases of cash-in-transit incidents have been reported countrywide since the beginning of the year.

Gauteng has recorded the highest number, with 26 reported incidents.

In addition to the increase in robberies, the violence associated with the crime had also escalated, said Burger.

On February 11, for example, a security guard was shot in the face during a cash-in-transit robbery on Modderfontein Road in Kempton Park, News24 reported.

According to Burger, figures relating to cash-in-transit crimes have shown a “seesaw effect” over the past years.

“This stems directly from the police’s reaction to those crimes and their collaboration with the cash transport industry, as well as Sabric. When they achieve successes, the figures come down, but then we see a rise again.”

“For example, in 2006/07 there were 467 cash-in-transit heists. There were many guards who lost their lives. In one incident, two guards were burnt alive in their van. The police then started to work closely with the cash transport industry and Sabric, and they shared information and resources. By working together effectively, by 2016, the number of heists fell by 70% to 137 incidents.”

“The police, the industry and Sabric again intensified their efforts and had huge successes and made many arrests, bringing the figure down again by 23% in 2018/19.”

Looking at the current situation, Burger said it was alarming that there appeared to be a new spike.

“It’s clear from the current figures that there is an increase in attacks and, even more worrying, the level of violence employed during these attacks is also increasing.”

“Thirty-five incidents in less than two months is problematic. If one was to project that figure to the rest of the year, it is quite terrifying. I am very worried.”

Burger said the increase could be attributed to new syndicates that have started operating.

“Large amounts of cash will always attract criminals. Most of these vans carry millions and this makes them an attractive target.

“The [robbers] might seem to think that the police have shifted their attention elsewhere and that there are more opportunities for them to attack these vans. It’s all about action and reaction. When there is a reaction by the police, they get the results. But when the police turn their attention to other crimes, these guys move in again.

“Remember, these robbers are professionals. They do their homework, they plan their heists thoroughly, and after three or four heists, these guys are multimillionaires. They can, therefore, afford to go into hiding for a while.

“The police have so many crimes to prioritise and they can’t be everywhere at once. So, when their attention shifts to other crimes, the crooks take advantage of the situation. It’s a cat-and-mouse game that these guys are playing with the police.”

On Thursday, the DA in Gauteng said it was “deeply concerned” about the recent spike in the number of cash-in-transit heists in the province.

“The latest figures highlight that the police approach to the cash-in-transit heists is not effective,” the party said in a statement.

The DA called on Gauteng Premier David Makhura to engage with the police to find a holistic approach in clamping down on the plague of cash-in-transit heists in the province.

“Management has expressed concern because during recent incidents, security guards were shot and injured, some of them critically. There are operational plans in place [to] fight cash-in-transit robberies and we are working together with relevant stakeholders.”

Comment has been requested from Hawks spokesperson Brigadier Hangwani Mulaudzi. This will be added once received. 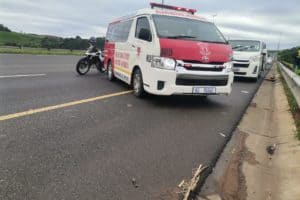 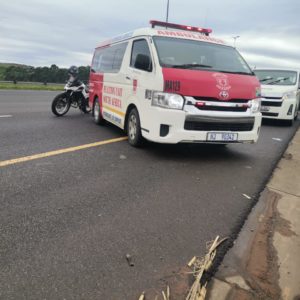