A manhunt for suspects linked to the bombing of a CIT truck is under way after police responded to the scene of a burnt-out G4S truck on the West Rand. 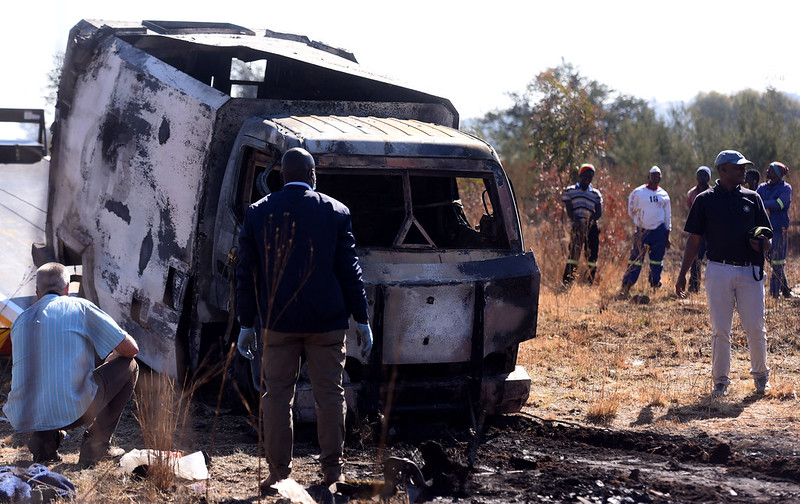 A G4S cash-in-transit (CIT) truck was left in flames after robbers bombed the vehicle along Main Reef Road near Jerusalem informal settlement, in Florida, Johannesburg on Monday morning.

It is understood that no cash was taken during the robbery although another vehicle used by robbers was confirmed to have been set alight, according to preliminary information from the scene.

Police and other law enforcement responded to the scene which shows a charred shell of a truck.

According to The Citizen’s sister publication the Roodepoort Record, the truck was travelling north on Main Reef Road. It was forced off the road by two other vehicles and the security guards were held at gunpoint.

According to police spokesperson Colonel Brenda Muridili, explosives were used to access the money in the vehicle but the cash was burned during the heist and the robbers left empty handed.

A BMW X5 and an Audi A4 were recovered at a house in Florida but no arrests have yet to be made.

Florida Community Policing Forum (CPF) members assisted in alerting police to the whereabouts of the vehicles. “We are thankful that nobody was seriously injured, and are confident that the police will find and capture the suspects involved in this vicious crime,” stated the CPF chairperson, Prashan Sukhu. One of the vehicle alleged to have been used by the perpetrators. Photo: Nigel Sibanda. A skeleton of the truck is seen being lifted from the scene. Photo: Nigel Sibanda Details of the attack are still unknown. Police are investigating. Photo: Nigel Sibanda