In his budget speech, Patel only referred to the NLC once, saying his department would promote 'greater transparency and improved governance' at the NLC. 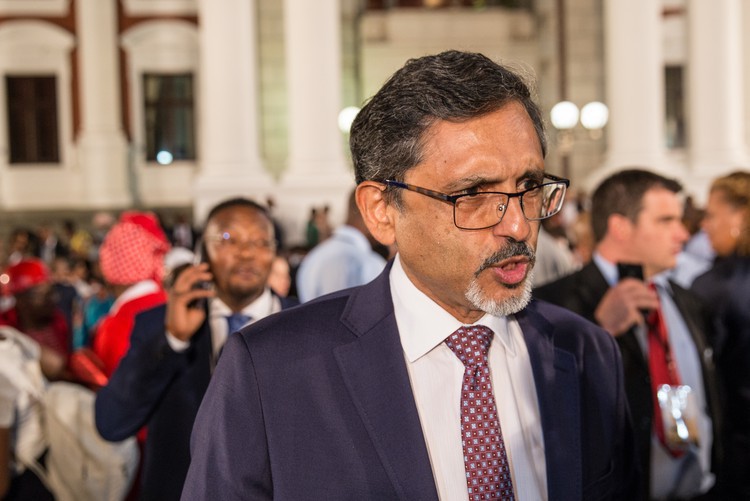 The DA has challenged Trade, Industry and Competition Minister Ebrahim Patel to fire the board of the corruption-accused National Lotteries Commission (NLC).

Patel, however, didn’t say a word in his response about the NLC, which has been the subject of reports alleging the corrupt use of its beneficiary funds for months.

Patel presented his department’s adjusted budget to a mini-plenary of the National Assembly in a virtual sitting on Friday.

“What has transpired at the National Lotteries Commission (NLC) over the last few years could not be described as anything but criminal,” said DA MP Mat Cuthbert in the ensuing debate.

He said there was “significant evidence in the public domain which has revealed how certain members of the NLC hierarchy and their associates used grant funding to line their pockets at the expense of the poor”.

“Each time an investigation has been instituted, the NLC has acted as both the trial and the jury despite being the defendants in each case. Questionably so, they have cleared themselves of any wrongdoing each and every time.”

He said the NLC had prevented the public and Parliament from scrutinising its lists of beneficiaries for the past two years, as well as its most recent list for the beneficiaries of the Covid-19 relief fund.

“Each and every step of the way, the ANC members of the portfolio committee have aided and abetted the NLC in executing their crime,” he said.

“Suddenly, the ANC had their ‘Road to Damascus’ moment and proclaimed themselves as ‘champions of accountability and transparency’. All the while Minister Patel has acted as a caretaker instead of dealing with corruption in his own ranks.”

Cuthbert referred to the incidents where the cars of two key witnesses in an investigation by Patel’s department into the Denzhe project were torched.

“Minister, what will it take for you to act?” Cuthbert asked.

“There is no other option but to fire the NLC board with immediate effect. Failure to do so will only confirm that you are in fact a caretaker of corruption.”

In his budget speech, Patel only referred to the NLC once, saying his department would promote “greater transparency and improved governance” at the NLC.

In his response, Patel didn’t say a word on the NLC, but disparaged the DA and complained about an “unrelenting attack on the character of the chairperson [of the Portfolio Committee on Trade and Industry, Duma Nkosi] and myself”.