Tshepo Motaung was shot dead in Mabopane on his way home last Friday. 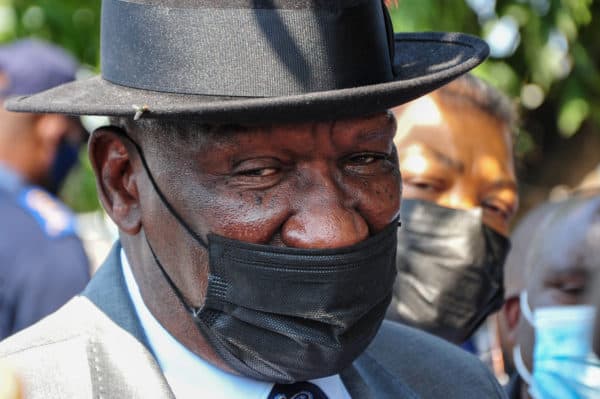 Cele, alongside Gauteng Premier David Makhura, visited the family of the slain politician in Mabopane on Tuesday.

Motaung, a ward 22 councillor in the area located in the north of Pretoria, was gunned down 20 times while on his way home on Friday.

He is said to be the third councillor to be killed in the area in recent times, according to Police Minsitry spokesperson Lirandzu Themba.

His killing is reported to be politically-motivated and linked to the ANC’s councillor candidate-selection disputes.

The councillor leaves behind two children.

Speaking to the media in Mabopane, Cele said the police had already identified the suspects believed to have carried out the hit.

“It looks like the KZN issues of political killings have been adopted by Tshwane [and] as such we will have to respond likewise as the police.

“I am not going to talk too much, but getting the briefing this morning from the team that is with this case I am very satisfied that we are making progress.

Earlier this month, three women – Ncamisile Shange, Beatrice Nzama and Philisiwe Jili – were gunned down during a drive-by shooting in Inanda, KwaZulu-Natal.

The three women were attending an ANC committee meeting to finalise the selection of candidates for the elections when they were killed outside a school in the area located north of Durban.

According to police, it is alleged a group of people were standing at the front gate of Buhlebethu Primary School at Newtown C in Inanda when the occupants of a black Opel Corsa bakkie opened fire on them.

The vehicle had five occupants with handguns.

Cele described the incident, which also left five people injured, as “an act of political intimidation”.

Meanwhile, it has been reported that the ANC will met to discuss violence within the party ahead of local government elections.

The local elections are set to take place on 1 November.