The two men happened to hear the woman's screams at the same time, and rushed to save her life. 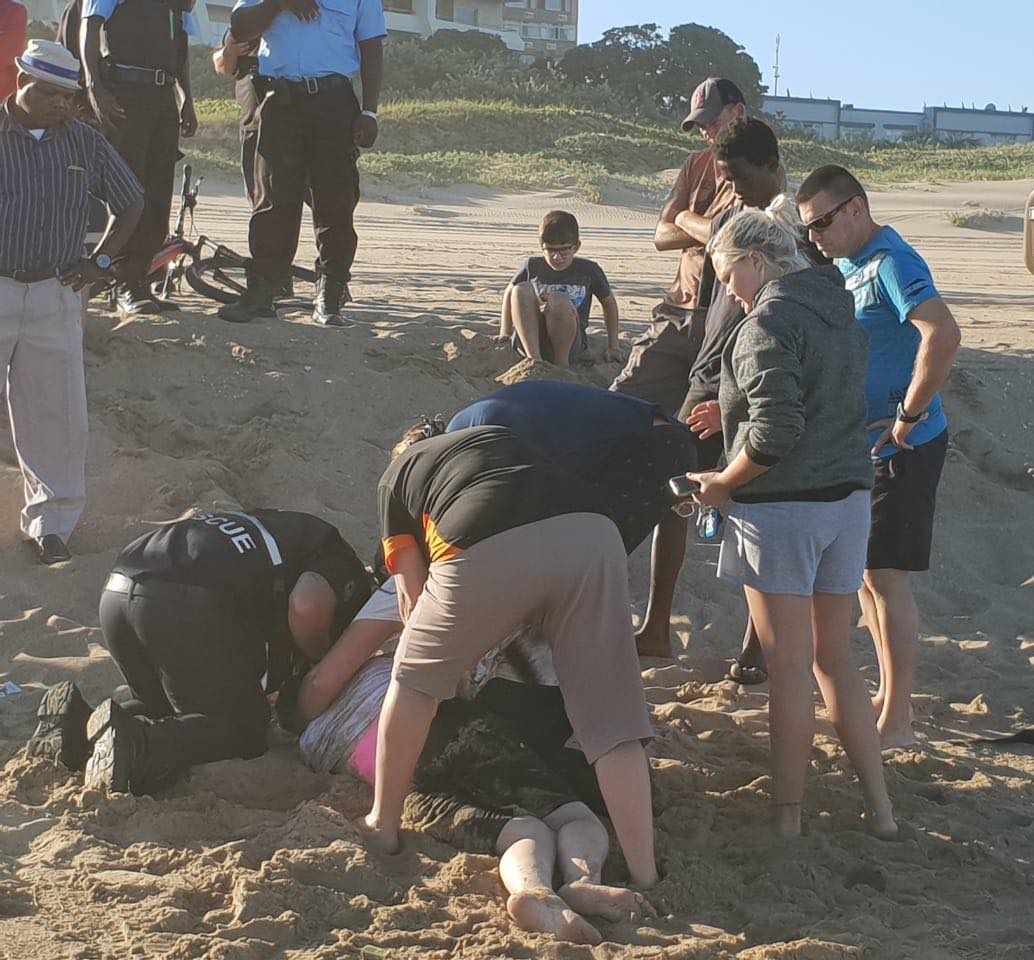 Another drowning at an Amanzimtoti beach in KwaZulu-Natal was narrowly averted, thanks to the swift and selfless intervention of members of the public and beach officials, reports South Coast Sun.

On Monday afternoon, an elderly ‘Toti resident entered the sea for a swim at the unprotected beach north of the river mouth in the vicinity of Le Escalier flats.

It appears she was first knocked over by the surf, and then experienced distress as the waves continued to pound her, while the current started dragging her in.

According to ward 97 councillor Andre Beetge, she was noticed by a resident who alerted beach management and members of the public. 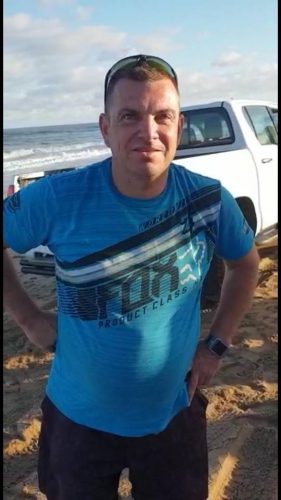 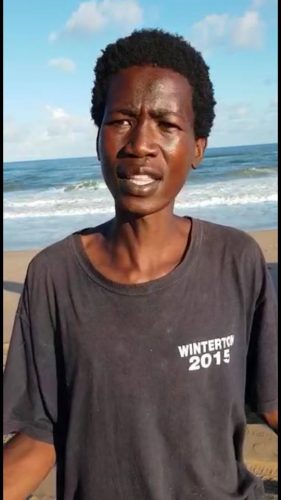 The duo was on the beach at the same time, and both responded when they heard the screams of a resident in a nearby complex indicating there was a distressed, drowning swimmer.

The two pulled the elderly woman ashore and placed her in the recovery position, to assist her breathing. 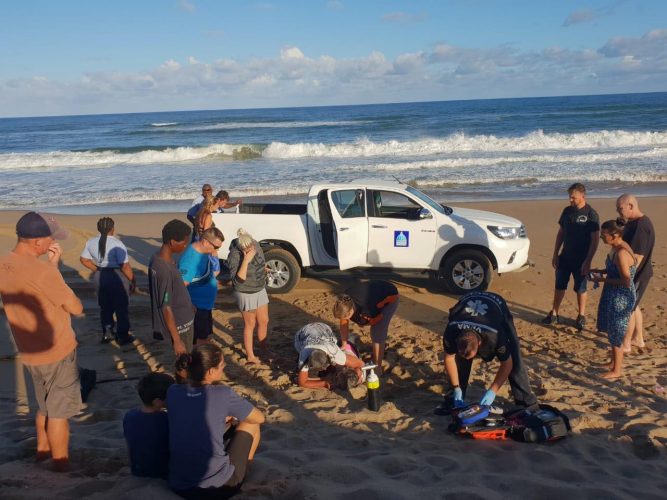 Cllr Beetge said she was transported to hospital for further observation.

Ramlall, beach management, and Cllr Andre Beetge thanked the public for reporting the matter as well as those whose “prompt response undoubtedly saved her life”. 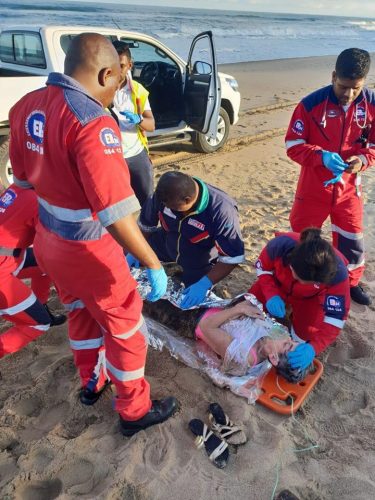 “It’s in such trying circumstances where cool and swift action makes a real difference. What was of great concern however was a family with two young children playing in the surf at 6pm not 100m away from where the incident took place,” said Cllr Beetge.

Ramlall said Richard Miller from Accelerated Services was the first official responder and he quickly stabilised the woman. A stunned but impressed Ramlall explained that: “It only takes a second for anyone to become a hero. It’s when you decide to help anyone regardless of your own life.”