EFF embarrasses itself with statement about nonexistent corruption arrests

The EFF in Mpumalanga raised alarm about R648 million in alleged contract fraud and corruption, but jumped the gun prematurely about eight 'arrests' in a case it describes as a 'crime against humanity'. 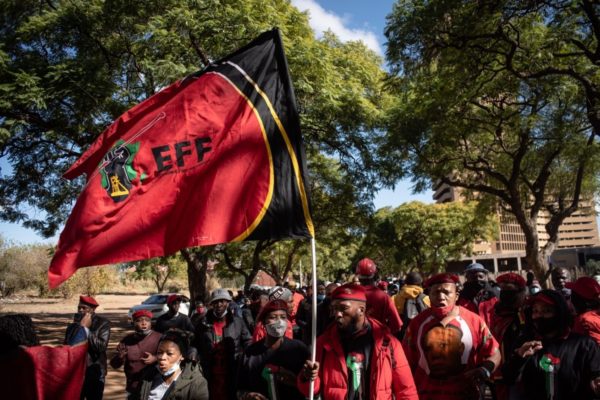 The South African Police Service (Saps) has denied the Economic Freedom Fighters’ (EFF’s) claims it arrested officials from the Mpumalanga department of health for alleged fraud and corruption relating to a contract worth more than R600 million.

The EFF in Mpumalanga released a statement on Tuesday afternoon welcoming the arrests of eight officials from the provincial department of health after opening a fraud and corruption case at the Nelspruit police station.

According to the police, however, no arrests have been made, although an investigation into the allegations has been launched.

When The Citizen called the police for confirmation of the matter on Tuesday, a police spokesperson said he’d tried to explain to the complainants that an investigation being under way is not the same thing as arrests happening or being imminent.

In an affidavit signed by Mpumalanga EFF leader Michael Sedibe, he said he was alerted to the alleged irregularities on 11 April.

The tender was advertised on the Mpumalanga government website on 8 February and closed on 8 March.

It was for the outsourcing of management of procurement, warehousing and distribution of pharmaceuticals and surgical sundries and the management of information for the department of health in Mpumalanga. 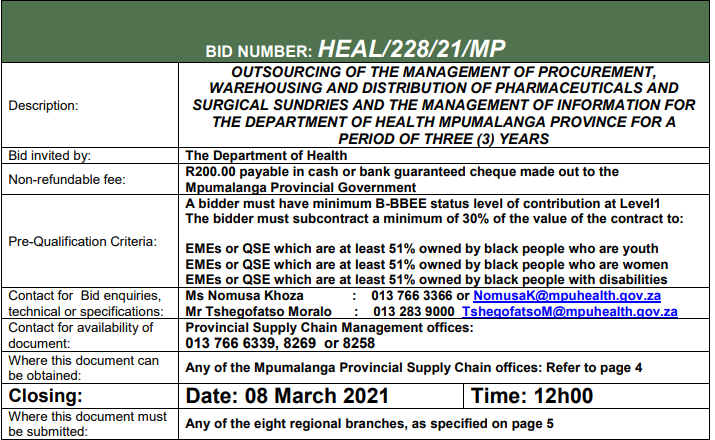 The R18 million-a-month tender, for three years, was allegedly awarded to companies that do not exist. A search on the  Companies and Intellectual Property Commission (CIPC) website bears no results.

“The whistleblowers are reliable and the information is credible, since they have first-hand information and were part of the bid evaluation and adjudication processes. The informants have access to all bid documents,” said Sedibe in the affidavit.

He alleged that the documents of the awarded company were incomplete as per the requirements, with no UIF compliance certificate and three months’ payroll submitted.

A fraudulent UIF compliance certificate was also allegedly submitted because the company does not exist.

“The EFF wrote to Premier Refilwe Mtshweni-Tsipane, Health MEC Sasekani Manzini and the Acting HOD and forewarned them that tempering [sic] and influencing the procurement processes using political power is dangerous and suicidal,” said Sedibe.

The acting HOD, Duduzile Mdluli, allegedly signed for the awarding of the tender to the non-qualifying company despite a warning by the Bid Adjudication Committee, alleged the EFF.

“The EFF reiterates its stance in line with its non-negotiable cardinal pillar number 7 for an open, transparent and corrupt free government that is accountable to the people without fear of victimisation by the police, state or defence and other agencies,” said Sedibe.

“The EFF further calls upon the police to fast-track the investigation and bring all involved in this gruesome fraud and corruption to book without fear, favour or prejudice.”

The police confirmed that the case had been opened and it would continue to be investigated.

“Police in Mpumalanga would like to categorically state that they did not arrest any official from the department of health as depicted in the media statement issued today by the EFF in Mpumalanga,” spokesperson Brigadier Leonard Hlathi said in a counter-statement on Wednesday.

“However, it is true that there is a fraud and corruption case which has been laid by the political party at the Nelspruit police station last week and an investigation thereof is under way. The relevant complainant has been duly informed about the developments of the investigation.”

Hlathi said police were obtaining statements from witnesses as part of the investigation and would approach the National Prosecuting Authority in due course “for guidance on this matter”.