Parliament’s portfolio committee on police has raised concern over the instability within Saps. 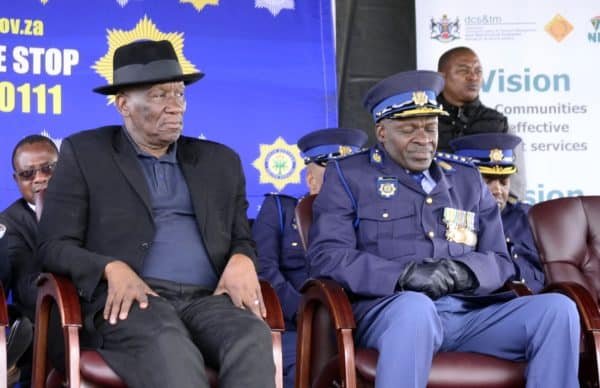 Parliament has raised concern over the instability within the South Africa Police Service (Saps).

On Thursday, Police Minister Bheki Cele and Saps’ top brass briefed Parliament’s portfolio committee on police regarding stability and the restructuring process within the police service.

The meeting comes after the recent looting and violent unrest in parts of KwaZulu-Natal and Gauteng.

The police, along with the Justice, Crime Prevention and Security Cluster (JCPS), have been criticised for the handling of the unrest, with President Cyril Ramaphosa acknowledging government’s unpreparedness for the riots.

During the briefing, National Police Commissioner Khehla Sitole told the committee that the previous decision to scale down the number of police officers and budget cuts had affected their work.

Sitole highlighted that this is despite the population of South Africa growing each year.

“You police a population of 49 million with 199,000 strength, then you are expected to police an increased population of between 58-59 million with 162,000 and that is a considerable scale down and it handicaps the fulfilment of section 205 [of the Constitution],” Sitole said.

Sitole said the challenges had been exacerbated by the depreciation of capital assets, which includes the fleet of nyala armoured vehicles and helicopters.

“I think the air fleet has collapsed. At the present moment I think if you want air support you can’t fly more than five helicopters nationally. Between 2009 and 2010, we could fly up to 14 helicopters in the air. Nine of that number have been grounded for three years.

“There is also a large number of nyalas that are grounded. We are working on getting the new nyalas. Obviously we can no longer fulfil the mandate 100%. We are handicapped,” Sitole said.

He added that the lack of recruitment of new police officers was another challenge to a number of police stations across the country.

“We still have a challenge to man some of those police stations,” he said.

The committee’s chairperson Tina Joemat-Pettersson, said the committee was concerned about the Saps’ top-heavy organisational structure, saying it impeded the operational requirements on the ground.

“We have over 200 generals, 600 brigadiers, and collectively they earn R1 billion,” she said.

However, Sitole indicated that Saps was working on addressing that matter by restructuring the police.

The commissioner said they would scale down on the number of generals in order to get more constables, so that “we have more boots on the ground”.

Cele was questioned by MPs about the reported “power struggle” between him and Sitole.

A private spat between Cele and Sitole found its way into the public domain in the form of a letter addressed to the commissioner.

SABC News reported that the letter accused Sitole of ignoring Cele’s instructions regarding the appointment of senior employees within Saps.

However, Cele insisted that there was no animosity between him and Sitole despite reports in the media saying otherwise.

“The national commissioner and I, let me repeat, we are not friends. We don’t drink coffee together. But let me assure you we work together. Even if you want to see our phones, we call one another almost on a daily basis.

“We ask questions, raise matters and see how we tackle those matters. In that work, there are things we won’t agree upon, but it’s not animosity. We are not fighting, but I can assure you we work together. To say we are in chaos, we don’t work together, I don’t agree,” Cele said.

Meanwhile, Joemat-Pettersson has urged the minister and national commissioner “to strengthen their working relationship to ensure improved efficiency”.

In May this year, Cele presented the Saps budget, and revealed that expenditure in more than one sector of the police would decrease.

A total of R96.355 billion was presented in Cele’s budget presentation for Saps, R348.349 million for the Independent Police Investigative Directorate (Ipid) and R148.961 million for the police service’s department of the civilian secretariat.

Police salaries will be frozen over the next three years.