The Cape Town mayor said those who migrate to the Western Cape 'can’t fend for themselves'. 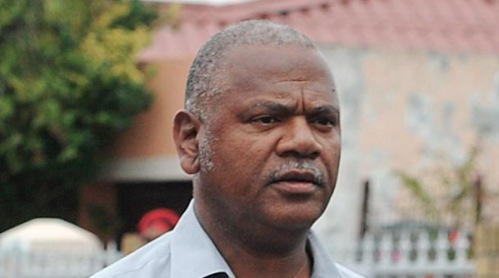 The Social Justice Coalition (SJC) wants Cape Town Mayor Dan Plato to explain himself after saying those who move to the Western Cape from other provinces can’t look after themselves and eat up the city’s budget, IOL reports.

“We know Plato is talking about black Africans,” said Notywala. “This means that we should take the comments as the DA’s stance. This shows clearly what and who the party stands for, and that is not poor and working class black Africans,” he continued.

This Maoyor of Capetown’s chat is laced with racism. He forgets that the poor blacks in his city also pay taxes such as through the Vat , electricity etc. Tomorrow the DA will be asking the same community to vote for it. What a shame. pic.twitter.com/l6yVHhqdoU

This came after UDM leader Bantu Holomisa shared video footage of Plato voicing opinions on those who move to the Western Cape.

“99% of those coming into the Western Cape, the two of us pay for them, they can’t fend for themselves. Lots and lots of our budgets go to them, unfortunately, and that is a challenge,” Plato says.

It appears Plato did not know he was being filmed.

“He forgets that the poor blacks in his city also pay taxes such as through the Vat, electricity etc. Tomorrow the DA will be asking the same community to vote for it. What a shame,” Holomisa tweeted.

The ANC reacted to Plato’s words, and were accused by his spokesperson of having “deliberately misquoted the mayor and purposely distorted” his words.

“Of course they can’t help themselves. They need our assistance as government. There’s nothing wrong with what mayor Plato said. Many people come to the Western Cape looking for greener pastures because they have a prospect of finding a job here,” he said.

The incident may remind some of one back in 2012 when Premier Helen Zille evoked outrage after she described those who left the Eastern Cape and moved to the Western Cape as “refugees“, a comment that saw her taken to the Human Rights Commission.

Many media reports on this latest controversy, such as this on on IOL, meanwhile, have referred to Plato’s words as his “stance on immigrants”, which is incorrect, as Plato was referring to people who come to the Western Cape from other provinces, rather than those from other countries.