In a statement released on Wednesday, the lobby group condemned 'in the strongest sense of the word, the politicisation of gender-based violence'. 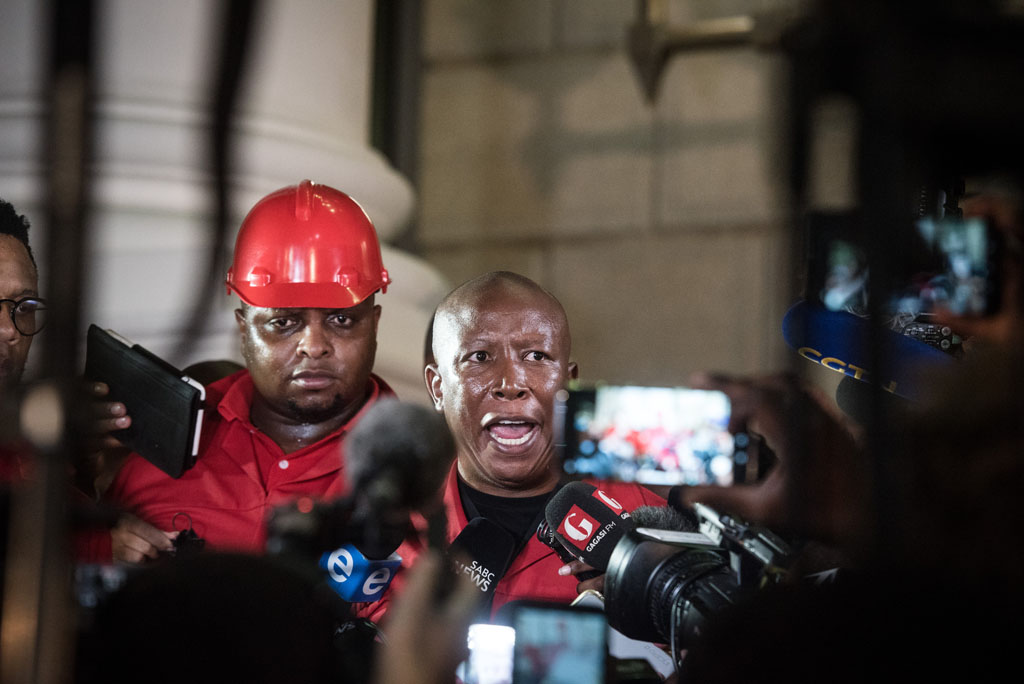 EFF Leader Julius Malema can be seen leaving the parliament building after his party were asked to leave the chamber during the State of The Nation address, 13 February 2020, Cape Town. Picture: Jacques Nelles

Lobby group Sonke Gender Justice wants “appropriate remedial steps” to be taken against ANC MP Boy Mamabolo and EFF leader Julius Malema for their “politicisation” of gender-based violence (GBV) during Tuesday’s debate on the state of the nation address.

In a statement released on Wednesday, Sonke condemned “in the strongest sense of the word, the politicisation of gender-based violence”.

While Malema was speaking at the debate, his one-time friend, Mamabolo, asked him if he abused his wife. But Malema did not answer immediately and continued with his speech. At the end of the speech, he said he never laid a hand on his wife nor any of his previous partners.

He then claimed to have information that President Cyril Ramaphosa abused his former wife, the late Nomazizi Mtshotshisa.

In a statement, Sonke recalled that Ramaphosa addressed a joint sitting of Parliament last year on the spate of killings of women and children in the country.

“However, what transpired in parliament this past Tuesday has once again sharply illustrated the government’s lack of commitment to ending gender-based violence,” read the statement.

“Despite South Africa’s femicide rates remaining disturbingly high, the world watched on as our public representatives chuckled and made light of the experiences of the millions of women who are victims of gender-based violence, survivors of rape and abuse.”

“What transpired on Tuesday was an ego contest that ultimately undermined the severity of gender-based violence in the country. The country witnessed toxic masculinities in full display, undermining important strides that have been made thus far to strengthen the GBV and femicide response.”

Sonke said gender-based violence was not a political game and should not be used for political grandstanding.

“The use of gender-based violence for political point-scoring is a new low for the country’s parliament,” read the statement.

“Who will victims of gender-based violence turn to when their leaders mock their lived experiences just to win a game of political football?

“Women and girls deserve better. This is a moment for our leaders to hide their heads in shame and introspect. Gender-based violence is a national crisis and we need effective leadership in order to end this scourge.

“Finally, given the gravity of this misdemeanour, we call for the National Assembly presiding officers to take appropriate remedial steps to hold these members accountable for their irresponsible behaviour.”